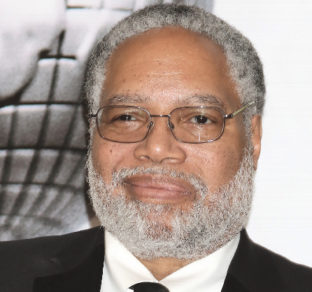 Historian Lonnie G. Bunch III is shown accepting the NAACP President’s Award in 2017 for his work as founding director of the Smithsonian’s National Museum of African American History and Culture. Bunch, who recently published a memoir about the museum’s creation, was installed as the new Secretary of the Smithsonian Institution on Nov. 1. He is the first African American to hold the position. Photo by Kathy Hutchins / Shutterstock.com
PRINT

A girlfriend convinced Lonnie G. Bunch III to jump out of an airplane when he was 17 years old.

“I jump out, and I’m yelling, screaming, cursing,” Bunch — now the new head of the Smithsonian Institution in Washington, D.C. — recalled in an interview with the Beacon. But he learned something important from the experience.

“It taught me that I could do things that scare the heck out of me if I took a deep breath and took the step,” said Bunch, now 66. “That’s really what’s shaped my career.”

Since then, he’s figuratively taken the leap into the unknown more than once. In his new role, for example, he oversees 19 museums, 21 libraries, research centers and the National Zoo, which together attract more than 30 million visitors a year.

But perhaps even more of a leap of faith was his prior gig, as founding director of the National Museum of African American History and Culture. When Bunch accepted that position in 2005, the museum was little more than an idea. It had no money, no artifacts — not even a plot of land.

Bunch tells the story of how that museum, the National Mall’s newest, finally opened in 2016 in his most recent book, A Fool’s Errand: Creating the National Museum of African American History and Culture in the Age of Bush, Obama and Trump, which was published in September.

Bunch, the first African American secretary of the 173-year-old Smithsonian, grew up in a white suburb in northern New Jersey.

“As the only black kid in the neighborhood, you learn so much about how people judge you without knowing you,” he said. “Jersey taught me to run, to fight and to talk my way out of things. Those are skills that have served me throughout my career.”

Bunch credits his grandfather, a former sharecropper from North Carolina, with inspiring his love of history. Bunch was intrigued by photographs in his grandfather’s books, particularly those whose only caption read “anonymous.”

“That so bothered me,” Bunch said. “I became a historian in part through photography. I looked at those pictures and tried to figure out what kind of life they had.”

Bunch attended college in Washington, D.C. in the early 1970s, earning his bachelor’s and master’s degrees in history from American University.

In his early career he was curator of history and program manager for the California African American Museum in Los Angeles. In his book, he recalls sleeping in the museum for a week to guard the collection, which included Muhammad Ali’s boxing glove.

After working as curator of the National Museum of American History in Washington, D.C. from 1989 to 2000, he moved to Chicago for a five-year stint as director of the Chicago Historical Society.

After that, Bunch spent 11 years as founding director of the National Museum of African American History and Culture. In the process, which he calls “my calling,” he crossed paths with presidents, historians like Studs Terkel, celebrities like Oprah Winfrey (who has donated over $20 million to the museum), and descendants of enslaved people, who donated artifacts to the Smithsonian.

Inspired by PBS’s “Antiques Roadshow,” Bunch put out a national call in 2008 for artifacts through a program called Save Our African American Treasures. Smithsonian curators traveled to 14 cities, including Jacksonville, Detroit and Brooklyn, eventually acquiring 40,000 objects for the museum.

About 70% of the museum’s artifacts came from the attics, garages and closets of ordinary Americans.

To Bunch, those everyday artifacts are the real history. “I was trained as a social historian, which meant that, yes, I was interested in people like George Washington and Frederick Douglass, but I was really interested in people’s whose names we don’t know,” he said.

Some of the museum’s most powerful objects include a slave cottage from Edisto Island, South Carolina; Harriet Tubman’s Bible; the guard tower from a brutal Louisiana prison; a segregated railcar; and the casket of 14-year-old Emmett Till, who was exhumed in 2005 for an autopsy and reburied.

Bunch personally sought out many of the museum’s artifacts. For instance, he spearheaded the search to find the wreckage of ships that had carried enslaved people. In 2015, his network of archaeologists unearthed the first such wreck off Cape Town, South Africa: 212 people, many from Mozambique, died when the São José sank in 1794.

Bunch delivered a bag of Mozambique soil to the wreck site at the request of a chief whose tribe still honors those lost ancestors.

“By the simple act of sprinkling that soil into the ocean, I was contributing to their being remembered, and that was powerful,” he said.

During discouraging moments as the founding director of a museum that addresses our country’s racial issues, Bunch stayed motivated by remembering his own ancestors.

“Can I make my grandparents smile? Would they be happy about the work I’m doing? And then, after my dad died, how would he feel about it?” he said. “Then it extended to other people who I’ll never know. Maybe they’re resting more in peace now.”

Today Bunch is working to increase the relevance of the Smithsonian by addressing contemporary issues such as climate change, the impact of technology and shifting national identity. When Bunch was officially installed as secretary on Nov. 1, he said in a speech that the 21st-century Smithsonian will be “the place America looks to understand itself….We must be the glue that helps to hold our nation together.”

Many of the 6 million people who have visited the National Museum of African American History and Culture so far have brought their children and grandchildren to see its exhibits about slavery, Jim Crow and the Civil Rights era.

“One of the things I’m proudest of in the museum is that it has become this pilgrimage site,” Bunch said. “Watching the intergenerational sharing is so powerful…To see those folks who come and say, ‘I lived that history’ or ‘I understand that history’ and ‘I want you as my grandchild to understand what strength you have that you don’t even know you have yet.’”

He understands this on a personal level, too. Bunch and his wife, Maria Marable-Bunch, have two grown daughters and two grandchildren, ages 5 and 1.

“I want my grandkids to be the people to stand up for the kid that’s being bullied,” he said. “I want them to understand fairness and that ultimately their job is to fight for fairness.”

Every year, more than 7,000 volunteers play a major role at the Smithsonian museums and National Zoo, with thousands more participating in projects online, such as transcribing historic documents. Volunteers log thousands of hours as information desk specialists, behind-the-scenes contributors, docents and educators.

More than half of them are retirees. According to a 2017 Smithsonian study, “Those in their 60s and 70s contributed 60% of [total] volunteer hours to the Smithsonian.”

Bunch is grateful to those volunteers, and hopes they will engage visitors by asking them to share their own stories.

“There is nothing more powerful than sharing the oral stories, the memories,” he said. “If you help families preserve their memories, then we have made a major contribution.

“They think their story is minor, and they might only be famous to their family, but that’s good enough. That’s what I want them to do.”

Bunch’s message to those looking for a way to find meaning in retirement: Just “find your good fight — what is the thing that motivates you?” he said.

In his current job as Secretary of the Smithsonian and in his past role establishing a new museum on the National Mall, Bunch stays motivated not by politicians or celebrities, but by ordinary, “anonymous” people, he said.

A Fool’s Errand is available on Amazon.com, in Target and Barnes & Noble stores and at Smithsonian museum gift shops.

The Smithsonian’s National Museum of African American History and Culture, located at 1400 Constitution Ave. NW, near the Washington Monument, is open seven days a week from 10 a.m. to 5 p.m., excluding holidays. Admission is free.

From September to February, walk-up weekday entry begins at 10 a.m. Monday through Friday. From March to August and on all weekends, timed passes are required. You can obtain a pass up to three months in advance at http://bit.ly/AAmuseumpass.