A healthy long life? It’s all in our heads 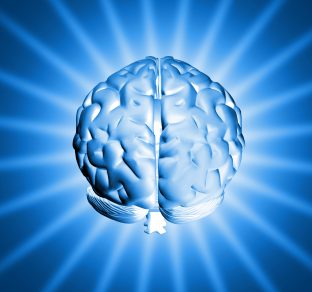 A mechanism that controls aging, counting down to inevitable death, has been identified in the hypothalamus — a part of the brain that controls most of the basic functions of life.

By manipulating this mechanism, researchers have both shortened and lengthened the lifespan of mice. The discovery reveals several new drug targets that, if not quite an elixir of youth, may at least delay the onset of age-related disease.

The hypothalamus is an almond-sized puppet master in the brain. “It has a global effect,” said Dongsheng Cai at the Albert Einstein College of Medicine in New York.

Sitting on top of the brain stem, the hypothalamus is the interface between the brain and the rest of the body. It is involved in, among other things, controlling our automatic response to the world around us, our hormone levels, sleep-wake cycles, immunity and reproduction.

While investigating aging processes in the brain, Cai and his colleagues noticed that aging mice produce increasing levels of nuclear factor kB (NF-kB) — a protein complex that plays a major role in regulating immune responses.

NF-kB is barely active in the hypothalamus of 3- to 4-month-old mice but becomes very active in old mice, aged 22 to 24 months.

To see whether it was possible to affect aging by manipulating levels of this protein complex, Cai’s team tested three groups of middle-aged mice. One group was given gene therapy that inhibits NF-kB, the second had gene therapy to activate NF-kB, while the third was left to age naturally.

The last group lived, as expected, between 600 and 1,000 days. Mice with activated NF-kB all died within 900 days, while the animals with NF-kB inhibition lived for up to 1,100 days.

Crucially, the mice that lived the longest not only increased their lifespan but also remained mentally and physically fit longer. Six months after receiving gene therapy, all the mice were given a series of tests involving cognitive and physical ability. In all of the tests, the mice that subsequently lived the longest outperformed the controls, while the short-lived mice performed the worst.

Post-mortem examinations of muscle and bone in the longest-living rodents also showed that they had many chemical and physical qualities of younger mice, according to a study published in Nature.

Further investigation revealed that NF-kB reduces the level of a chemical produced by the hypothalamus called gonadotropin-releasing hormone (GnRH) — better known for its involvement in the regulation of puberty and fertility, as well as the production of eggs and sperm.

To see if they could control lifespan using this hormone directly, the team gave another group of mice — 20 to 24 months old — daily subcutaneous injections of GnRH for five to eight weeks. These mice lived longer too, by a length of time similar to that of mice with inhibited NF-kB.

GnRH injections also resulted in new neurons in the brain. What’s more, when injected directly into the hypothalamus, GnRH influenced other brain regions, reversing widespread age-related decline and further supporting the idea that the hypothalamus could be a master controller for many aging processes.

GnRH injections even delayed aging in the mice that had been given gene therapy to activate NF-kB and would otherwise have aged more quickly than usual. None of the mice in the study showed serious side effects.

So could regular doses of GnRH keep death at bay? Cai hopes to find out how different doses affect lifespan, but said the hormone is unlikely to prolong life indefinitely since GnRH is only one of many factors at play. “Aging is the most complicated biological process,” Cai said.

“There are dozens of pathways that people will look at thanks to this work,” said Richard Miller at the University of Michigan in Ann Arbor. Miller has previously demonstrated that an immunosuppressant drug called rapamycin can also extend life in mice.

Since the hypothalamus — and GnRH in particular — regulate several major biological processes, it may be possible to influence aging through related mechanisms, said Miller. He wants to look at possible dietary interventions, such as the indirect effect that spikes in glucose may have on the hypothalamus.

Stuart Maudsley at the National Institute on Aging in Baltimore agrees that the hypothalamus could be the route in for age-controlling drugs. “The body is all one big juicy system,” he said. The ideal drug would hit that system at its center. “Activate that keystone and everything falls into place,” he said.

Though this is the first time that an explicit role has been found for GnRH in the aging process, previous studies in humans have hinted at a link between longevity and fertility — in which the hormone is known to play a significant role.

As GnRH levels drop, so does egg production and fertility. In a study presented in May at the annual meeting of the Population Association of America in New Orleans, Graziella Caselli at the University of Rome, Italy, and colleagues found that mothers in Sardinia who’d had their last child over the age of 45 — so were still fertile at a late age — were significantly more likely to reach 100 than those who’d had their last child at a younger age.

Since late fertility could be linked to higher levels of GnRH, Cai said those findings are a good match for his own. “There is likely to be some kind of biological correlation between aging and reproduction,” he said.

So can we delay aging?

“There are maybe 10 steps to controlling aging,” said Miller. “We’ve taken the first two or three.” The first is simply accepting the idea that aging can be slowed down, he said. “Many think it can’t. They are wrong.”

Maudsley said that we could see drugs that slow aging in the next 20 years. Initially, though, research is likely to focus on delaying the onset of age-related diseases.

But since the hypothalamus has an effect on every cell in the body, Maudsley warns that interfering with it could lead to unwanted sequences of events. “You’re playing with fire,” he said.

Researchers are investigating several other avenues in their quest to defy age.The immune system may be a good place to start.

Rapamycin — a drug produced from bacteria discovered on Easter Island — is commonly used to suppress the immune system of transplant patients. It also increases the lifespan of yeast cells and mice.

Alternatively, resveratrol, found in grapes, is thought to stabilize DNA and has been used to extend the lifespan of yeast by 70 percent. It seems to work for worms and fruit flies, too.

Restricting calories is another option. Macaques given 30 percent fewer calories significantly outlive peers on a non-restricted diet. Rather than dieting, it might be possible to develop drugs that trick the body and brain into thinking it has consumed less.

Finally, on the principle that what doesn’t kill you makes you stronger, small doses of toxin may promote cell growth by rallying the body’s defense mechanisms.

For example, garlic and chili contain components that induce a mild stress response. This opens cell membranes and lets in calcium, driving growth factors. Some researchers suggest that it is this principle, known as hormesis, that is behind the health benefits of exercise and restricted diets.

The scientific director of the National Institute on Aging, Dr. Luigi Ferrucci, will be the keynote speaker at the Beacon 50+Expo on October 13, 2013 in Silver Spring, Md. He will discuss the latest research on aging and address the topic, “What we’re learning about how to live longer and better.”