Avoid the scams when donating to Japan 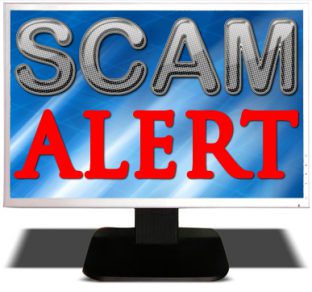 Scammers wasted no time in taking advantage of the outpouring of compassion following Japan’s earthquake and tsunami disaster. Let it be a warning for charity-minded individuals to be on the lookout for phony aid appeals.

Further evidence that fraudsters are seeking to profit from the tragedy is the proliferation of websites purporting to represent charities.

Roughly 350 Internet addresses related to Japan were registered in a 24-hour period in the week following the tsunami, according to Internet security expert John Bambenek. The names reference Japan and such terms as “earthquake relief,” ‘’aid” and “help.” Many ask for money.

“Some are probably legitimate,” said Bambenek, who works for the Bethesda, Md.-based Internet Storm Center, which tracks viruses and other security problems. “But nobody can set up a charity that fast.”

Still another con artist used search-engine optimization techniques to make a bogus site appear at the top of Google search results for Japan quake information. The site pretended to be advertising anti-virus software but actually was malicious, Bambenek said.

Here are a few tips to help you steer clear of scams and donate wisely to legitimate charities:

1. Be wary of online solicitations.
Spam and e-mail solicitations from charities claiming to be linked to relief groups are common after natural disasters. It’s better to go to your favorite charity’s website or call in your donation to ensure your money doesn’t go to the wrong place.

2. Do your homework.
Check out the organization at sites for the Better Business Bureau (www.bbb.org) or Charity Navigator (www.charitynavigator.org), an independent nonprofit organization that evaluates charities based on effectiveness and financial stability.

3. Watch out for phony names.
Some bogus charities use names that sound or look like those of legitimate organizations to mislead you. For example, “foundation” in an organization’s name might be replaced with “association” or another word to confuse donors.

5. Don’t pay in cash.
Pay by check or money order rather than cash, both in the interest of security and for your tax records. Make sure to address it to the full name of the charitable organization, not anyone acting on behalf of the charity.

7. Resist pushy demands.
Do not send any money if the person seeking a donation uses high-pressure tactics, asks for cash or wired payment, or insists on sending someone to pick up your donation. These are all characteristics of a scam.