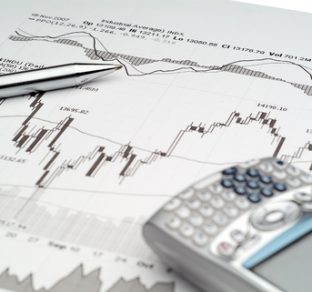 The best move for an investor suffering from stock shock might be to stick with the market. But do it in a way that takes some of the edge off its ups and downs.

If you want smoother investment returns, put your money in a bond mutual fund. But don’t forego stock funds whose managers strive to reduce volatility.

A few have consistently delivered on that difficult-to-achieve goal. And they’ve done so without giving up too much of the greater long-term earnings potential of stocks versus bonds.

That’s a particularly appealing approach for investors in or near retirement. They may be living off of their savings, rather than building them up, so they’re not in position to wait long for stocks to rebound from a rough patch.

“Volatility, in and of itself, is not bad if you’ve got enough time to make up for it,” said Harry Milling, a fund analyst with Morningstar. “If you don’t, then a low-volatility strategy is really important.”

It’s easy to see why investors are wary of stocks now. Last month, the Standard & Poor’s 500 index whipsawed at least 4 percent for four consecutive days — two days up, two down. By late August, the index was down 6.4 percent for the year.

That drop helps explain investors’ net withdrawal of $40 billion from mutual funds in a single week in August. It was the biggest such exit in nearly three years. Three-quarters of the amount withdrawn came from stock funds.

In a market like this one, stock funds that specifically pursue strategies to limit volatility tout any success they’ve had achieving that goal.

They use a wide range of approaches — from investing in dividend-paying stocks of companies that typically offer greater stability than growth stocks, to buying half-stock, half-bond hybrids called convertibles.

Yet there is a downside. When stocks rally, low-volatility funds are likely to underperform peers taking less-constrained approaches.

“You give up a little on the upside, in order to save you on the downside,” Milling said. “But over time, that approach often ends up winning the race.”

Below are six low-volatility funds that are among Milling’s favorites. Each has either a top-rung 5-star or 4-star rating from Morningstar. Those ratings are based on past performance, and the level of risk taken to achieve investment returns.

Over the long-term, each fund has demonstrated lower volatility than its peers — based in part on downside and upside “capture ratios.” Low-volatility funds with good downside capture ratios consistently suffered smaller losses than the S&P 500 when stocks declined.

Conversely, during rallies these funds captured most of the gains, or in some instances beat the market. Those are among the volatility measures found on Morningstar.com by clicking on a fund’s “risk & ratings statistics” tab.

The downside capture ratio is of particular interest in this market decline. The sell-off offers a fresh but painful reminder of the realities of recovery math. If your stock portfolio loses 50 percent of its value, you’ll need a 100 percent gain — not 50 percent — to get back to where you started.