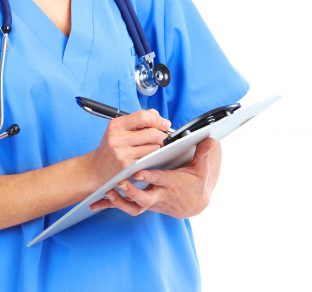 The Food and Drug Administration approved 41 first-of-a-kind drugs in 2014, including a record number of medicines for rare diseases, pushing the agency’s annual tally of drug approvals to its highest level in 18 years.

FDA drug approvals are considered a barometer of industry innovation and the federal government’s efficiency in reviewing new therapies. Last year’s total was the most since the all-time high of 53 drugs approved in 1996.

The 2014 approval list includes 15 drugs for so-called orphan diseases, which are rare conditions and disorders that affect fewer than 200,000 people in the U.S. Last year’s tally, which included drugs for rare cancer and metabolic disorders, exceeded the 13 orphan drugs approved in 2012.

For example, in December the FDA granted accelerated approval to Amgen’s Blincyto, a biotech therapy to treat a rare form of leukemia. Shortly thereafter, Amgen announced it would price the immune-system boosting cancer drug at $178,000 per year.

Earlier last year, the agency approved Myalept for an ultra-rare metabolic disorder that affects roughly one in a million people in the U.S. The drug from Aegerion Pharmaceuticals costs about $325,000 per year.

While the uptick in innovative medicines is good news for patients, it is sure to reinvigorate debate over the price of new drugs as insurers and public payers increasingly push back against higher costs.

America’s Health Insurance Plans, the chief lobbying group from insurers, spent much of the last year speaking out against the costs for innovative new drugs, for both orphan conditions and more common diseases. AHIP and other groups took particular issue with the price of Harvoni, a new hepatitis pill that costs $94,500 for a 12-week supply.

Express Scripts, the nation’s largest pharmacy benefit manager, said the drug from Gilead Sciences “is priced as if it were treating an extremely rare condition,” although an estimated 3 million people in the U.S. have the Hepatitis C virus. Express Scripts says that specialty drugs account for 20 percent of its annual costs but just 1 percent of the prescriptions it fills.

Industry analysts say the shift toward specialty drugs reflects a natural research tendency. Drugmakers have already developed effective therapies for many of the most prevalent diseases and conditions, such as high cholesterol, heart disease and diabetes.

“Some of the larger population diseases that we’ve found treatments for have been solved, in essence,” said Michael Kleinrock, director of research for IMS Health, a consulting and data firm. “Innovation is now moving to smaller populations, and they’re more difficult, both technically and in terms of the cost.”

“You’re talking about having two to three hundred patients in your clinical trial versus a few thousand,” said Christopher-Paul Milne, of the Tufts Center for the Study of Drug Development, a university research group that receives drug industry funding.

Companies also benefit from seven years of competition-free marketing for each new orphan drug, as well as tax breaks on the costs of developing the drugs.

Milne credits the upswing in orphan drugs to these financial rewards and more proactive efforts by the FDA to expedite reviews of innovative medicines.

Nine drug approvals in 2014 benefited from the FDA’s “breakthrough” designation, a recent program designed to speed up development of promising drugs by providing companies with extra meetings and earlier communication with FDA scientists. Milne said these meetings provide more predictability and transparency about the FDA review process, a boon to both companies and investors.

But as FDA approvals climb higher, the issue of how to pay for these innovative medicines remains. In years past, expiring patents on blockbuster drugs like Plavix and Lipitor provided cost savings that payers could shift toward new, innovative drugs.

In 2012, for example, drugs worth $29 billion in annual sales lost patent protection and became subject to generic competition, while new drugs worth just $11 billion entered the market, according to IMS Health.