Finding comfort in a sentimental journey 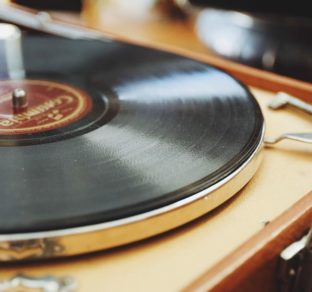 Comfort food — bad for our bodies but good for our souls — seems to be all the rage during this pandemic.

We are reverting to macaroni and cheese, chocolate chip cookies, gloppy pizza. Yes, even to the granddaddy of horrible, those peerless artery cloggers — French fries.

But in my cocoon, I’ve been reverting to another kind of comfort.

Once upon a time, I would consume new sounds from many genres — mostly because I had the time to do it. Top 40, folk, blues, country, lounge lizard crooners, show tunes…All of it was in my wheelhouse.

I bought records. I bought tapes. I went to live concerts. I would listen throughout the day. It was a cavalcade, a fountain, a geyser of any and every sound that made me happy.

And nothing made me happier than to stack many records on top of one another, and to load them all onto my phonograph’s spindle.

As each 33 or 78 finished, and the next one plopped down, I’d feel that rush of anticipation. Would this next one be Beatles? B.B. King? Ezio Pinza? If I couldn’t remember the order in which I had stacked my platters, so much the better.

One day, about 10 years ago, I realized that I had never heard a single note played by 1980s idols like Bruce Springsteen and Dolly Parton. Entire rafts of modern music had passed me by.

But as all of us have hunkered in our bunkers these last few months, we have had the chance to make up for lost musical time.

“One, two, three o’clock, four o’clock rock…” I can remember dancing with my best girl to this iconic opening verse from Bill Haley and the Comets.

“When you find your sweetheart-t-t-t-t-t, in the arms of your best friend…” There will never be another Elvis.

To re-hear Sinatra telling me that he saw a man who danced with his wife, well, wasn’t that a more innocent, more inviting time?

And to have Pinza instruct me that, “Once you have found her, never let her go…,” yes, it still makes me soar.

I don’t think this is just free-floating sentimentality. Close your eyes and silently tune into Bing Crosby’s phrasing on “White Christmas.” Grabs and never lets go.

Or how about “Boogie Woogie Bugle Boy from Company B?” It’s as if I were transported back to USO dances during World War II. I wasn’t there, but the song puts me there.

You want effortless? Ella Fitzgerald was effortless. When she does Cole Porter, I can’t leave the room until the last note fades away.

You want simple and searing? Joan Baez doing “House of the Rising Sun” has seen me through many showers, and still makes me sing along with the final verse at the top of my lungs.

I know it’s not all that useful to compare generations and genres. Tastes are tastes. Yours might not be mine. That doesn’t make mine better.

But in times like these, when we need to hug and be hugged, I seriously doubt that heavy metal is going to do the job.

Now, if you’ll excuse me, I hear Tony Bennett warming up.

I believe he misplaced his heart.

In some city in California.