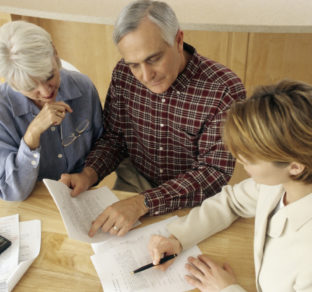 If you are one of the growing number of Americans who are in a relationship and living with someone, a cohabitation agreement might not be top of mind — but it should be.

You might ask, “Why should anyone go to the expense of paying an attorney to draft a cohabitation agreement when they are just living together?”

The answer is simple: Even if you aren’t wealthy, you likely have financial, retirement or other concerns that should be addressed in the event you break up or one of you dies.

Though it might not be romantic, research shows that non-married couples are more likely to go their separate ways after living together — especially early in the relationship.

Some couples like the flexibility of cohabiting, as it gives them a chance to get to know their partner and then decide if they want to move toward marriage.

And despite the many financial advantages of marriage — such as lower taxes and potentially larger retirement and Social Security benefits — people are cohabitating more than ever before. According to the Pew Research Center, the number of cohabiting couples climbed 29% from 2007 to 2016.

There are several reasons for this. People over 50 — who are the fastest growing age group opting to live together rather than marrying — want the benefits of an intimate partnership without the legal constraints that marriage involves. In contrast, millennials prefer living together to focus on their careers before settling down, and many want to establish a strong foundation for marriage.

Why a cohabitation agreement?

A cohabitation agreement is a contract between two people who are in a relationship and live together but are not married. Good cohabitation agreements are (ideally) crafted early on, and deal with issues involving property, debts, inheritances, other estate planning considerations and healthcare decisions.

The agreement needs to make detailed provisions for the property you and your partner have now, the property you might acquire in the future, and dispositions of it in the event of one of your deaths or a breakup.

It should discuss who is responsible for retirement savings and how they would be divided, healthcare directives, and issues involving your children or children from previous relationships. It should also discuss the earning capacity of each party and the expectations surrounding financial support for one another.

Not a common law marriage

Addressing the nature of a couple’s relationship is also imperative to a cohabitation agreement. The agreement should make clear that the relationship is one of love and support, but the parties do not intend to marry.

This is especially important in a small number of states that recognize common law marriage (which includes Washington, D.C.). If you merely want to cohabitate, you need to be mindful of the rules surrounding common law marriage so there is no confusion about whether you might end up in one.

In most states that recognize it, there are four common requirements to establish a common law marriage:  You must live together, have the capacity to marry (you are not married to someone else), intend to be married, and hold yourself out to friends and family as being a married couple.

When crafting a cohabitation agreement, both parties should agree that the following things are not evidence of a common law marriage: jointly owned property, making each other parties to the other’s estate, commingling funds, naming the other party on the other’s health insurance, and joint ownership of a residence.

It should also clearly state that both parties have no intent to marry now or be common law married in the future. Normally, if a couple then decides to marry, the cohabitation agreement is no longer legally binding.

Each of you needs a lawyer

Ideally, both you and your partner should have your own attorneys help you with the agreement to make sure the contracts comply with state law and ensure they accomplish your joint intentions. Formal disclosure of finances in the form of balance sheets or income statements is usually unnecessary.

A cohabitation agreement should be distinguished from a pre-nuptial agreement. While the former is designed to order the affairs of two people who currently do not want to be married, a prenup is an agreement two people enter into to organize their finances before they get married.

Both agreements should be drafted by an attorney, but a prenuptial agreement is more complicated and will require much more time, effort and detailed disclosure of finances by both parties.

Bottom line: You should consider drafting a cohabitation agreement if you have significant interests that need to be protected. Weigh the benefits of the peace of mind that an agreement can provide.