Making the move to independent living 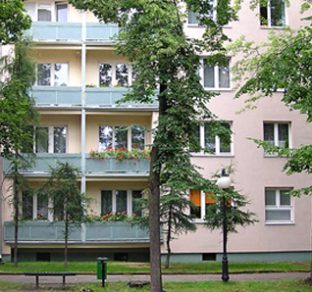 When Mary Gonzales decided to retire from her career as a pediatric nurse and move here from New York last year, she knew she was in for some big changes.

Gonzales wanted to spend time with her daughter, who had moved to the D.C. area long ago. “She’s my only child, and my decision was that when I retired, I would move here, especially since I have two grandchildren, age 3 and 5,” she explained.

Gonzales and her daughter began researching affordable housing and came across Tysons Towers in Vienna, Va., which has apartment-style living for seniors. As soon as she walked in, Gonzales thought, “I’m going to live here,” she said.

For those who do not require the care offered by assisted living facilities — such as help with bathing, dressing, and keeping track of medications — independent living communities, like Tysons Towers, are an attractive option. And the D.C. area has many to choose from.

While there is much diversity and variety among the choices, all independent living communities have a few things in common.

First, they have been developed to accommodate the preferences and needs of active seniors — sometimes defined as residents over 55, but in many cases geared to those 62 and older.

These communities are for people who are able to take care of their personal needs, but don’t want the trouble and chores of maintaining a house and yard. So they offer a variety of practical services, either included in the rent, for an additional monthly fee, or on a fee-for-service basis.

Among the most important services offered at independent living facilities is 24-hour security. Those on sprawling campuses are often gated communities. Individual buildings also typically have controlled access. In addition, a residential counselor and/or activities coordinator is typically on staff.

They also tend to offer their residents a variety of amenities, such as beauty salons, exercise rooms, movie theaters, business centers and more.

Communities come in all shapes and sizes. There are high-rises and low-rises, detached homes and villas. Some are in the heart of downtown areas, while others are in more suburban or even rural areas. Some have freestanding homes or apartment units you purchase, but most offer apartments for rent.

What Gonzales enjoys most about her new home at Tysons Towers is the view of the woods from her window. “I fell madly in love with the view,” she said. “I feel like I have a seat right in the middle of the forest.”

After walking and taking the subway everywhere for many years in New York, Gonzales is no stranger to public transportation. She often takes the bus, which stops on campus, or rides the Metro on the newly completed Silver Line to Tysons Corner Mall for shopping, dining and eating. “I still don’t have a car,” she noted.

Tysons Towers holds many activities, which helped quell the loneliness of leaving her friends behind and moving to a new area. She recently started taking Zumba, a dance class that has become popular for exercise.

For Gonzales, meeting new friends has been a blessing. “Going out to shows or doing activities, you wind up meeting people. You start socializing, which is extremely important when you get older,” she said.

Magruda Randolph, 96, used to live at Oaks at Olde Towne in Gaithersburg, Md., but recently moved to Covenant Village, also in Gaithersburg. “It was time for me to be where my daughter was,” she explained.

With her apartment on the third floor and her daughter Margaret on the first, they spend the majority of their time together. They were always a close-knit family, and now the pair live almost like roommates.

“My daughter stays with me most of the time,” she said. “She’s a little leery of me staying by myself at night.”

Like Gonzales, Randolph had a hard time leaving her friends behind when she moved. “The good thing about it is, my friends still come to visit and invite me back. And the people here are very nice and kind.”

Randolph and her daughter frequently participate in the community’s programs, like arts and crafts, get their hair done at the beauty parlor, and sit in the common areas and community room to meet the other residents. “I’ve made a quite a few friends already,” she said.

Caroline Boston, now 87, moved into Friendship Terrace 15 years ago, after retiring from her position as an administrative assistant at a university.

A native Washingtonian, she wasn’t content in retirement and eventually resumed work at a private school. Boston is now officially retired and mainly spends her time on the Friendship Terrace campus.

Boston enjoys the communal living she shares with the other residents. “It’s almost like being in a college dorm,” she joked.

“I don’t go out as much as I used to, so I have to rely on the activities in the building,” she explained. “We socialize, we talk, and we have good times together.”

Friendship Terrace has a dining room where the residents can mingle over their meals. They also hold many planned activities like movie nights, lectures and poetry night.

For Boston, it was especially important to be in control of the type of community in which she lives.

“I wanted to make decisions about the last days of my life,” she said. “By moving into a retirement community, I could remain independent longer, and I wouldn’t have to be a burden on my daughters.”