Medical test surprises: Too much info? 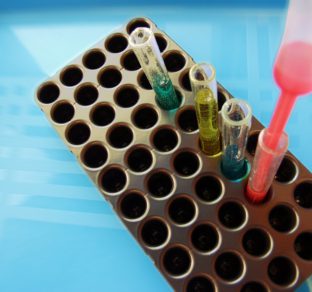 It’s a growing side effect of modern medicine: A test for one condition turns up something completely unrelated. It might be a real danger, or an anxiety-provoking false alarm.

Doctors dub this the dreaded “incidentaloma” — so-called incidental findings that tell people more than they bargained for, things they might not need, or want, to know.

A U.S. presidential advisory council said it’s time to be more up-front about that risk with patients, before their next X-ray or gene test turns up a disturbing surprise.

“Incidental findings can be life-saving, but they also can lead to uncertainty and distress,” cautioned Amy Gutmann of the University of Pennsylvania, who chairs the Presidential Commission for the Study of Bioethical Issues.

It is an issue that “will likely touch all of us who seek medical care, participate in research, or send a cheek swab to a company for a peek at our own genetic makeup,” Gutmann said.

What should patients be told?

It may seem obvious that if the family doctor orders X-rays for a broken rib that also spot signs of cancer, the patient will be told. But the report notes that not every medical condition that can be found should be — and there’s conflicting advice about how to disclose and manage incidental findings.

Anywhere from 30 to 43 percent of abdominal CT scans turn up incidental findings, according to studies cited by the commission. In fact, the bioethics report said that, at trauma centers, high-powered scans that aim to find subtle injuries are more likely to make an incidental finding instead.

And say a doctor maps a child’s genes to help diagnose some puzzling muscle symptoms — but also discovers genes that may trigger breast cancer after she has grown. That incidental finding has implications for the child and for other relatives, too.

Sometimes, surprise findings can be life-saving — for example, in the case of an athlete whose brain is scanned after a concussion and radiologists spot a tumor, Hauser said.

Other times, nothing can be done. That same brain scan might show early signs of an incurable condition, Hauser said, and “this young person now needs to live with the knowledge that she may someday develop this neurologic disease.”

Another problem: Follow-up testing of an incidental finding may do harm. In the panel’s worst-case example, doctors see a suspicious spot on a lung while testing an elderly patient’s risk of a stroke. A biopsy determines the spot is nothing, a benign scar — but that biopsy makes the lung collapse, triggering cardiac arrest.

Nor do patients necessarily want to know everything the doctor learns. A cancer survivor may agree to be X-rayed for broken bones after a fall. But if she doesn’t want to know about any signs of returning tumors, it’s ethical for the doctor to respect that decision, Gutmann said.

The bioethics panel is urging better anticipation of and communication about how professionals and patients should handle these surprises. Among the recommendations:

• Doctors, researchers and direct-to-consumer companies alike should inform potential patients about the possibility of incidental findings before they undergo a medical test. They should clearly explain what will and won’t be disclosed, so patients can make an informed decision about whether and how to proceed.

• Professional groups should develop guidelines about incidental findings common to different tests, and how to handle them.

• The government should fund more research into the costs, benefits and harms of identifying, disclosing and managing different incidental findings.

• Health workers should explore the pros and cons of test results with patients ahead of time, in what’s called shared decision-making, to learn what they don’t want to be told.

The ability to preemptively opt out of hearing results differs from guidelines issued earlier this year by the American College of Medical Genetics. That group says laboratories should automatically notify doctors if genetic tests turn up any of about 50 genes linked to two dozen diseases that might be treatable or preventable if discovered early.

“When people go into these kinds of tests, you never think…that you’re the one that’s going to have something found,” explained ACMG Executive Director Michael Watson. “We didn’t think they should opt out of hearing about those results prior to the test.”

People should be educated about incidental findings in time to consider how they’d want to handle one, said Dr. Sarah Hilgenberg of Stanford University, who told the bioethics panel about her own experience.

As a medical student, Hilgenberg enrolled in a study of memory that scanned her brain. Researchers weren’t obligated to reveal the suspicious spot they found, but did — letting her get treatment for an abnormality that otherwise might have triggered dangerous bleeding.

“I would imagine it doesn’t ordinarily cross people’s minds,” said Hilgenberg, who praised the recommendations.