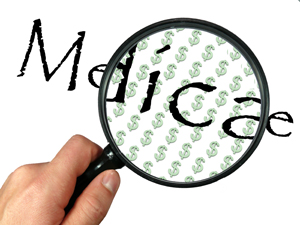 The new healthcare reform law aims to cover nearly all Americans and to get our exploding national healthcare tab under control. But reform also calls for some upfront investment, and someone needs to foot the bill. Wealthy retirees — it’s time to grab your wallets.

Starting this year, the most affluent seniors are shouldering steep increases in Medicare premiums mandated under the Affordable Care Act (ACA). This year, the surcharges affect individuals with $85,000 or more in annual income, and joint filers with income over $170,000.

While $85,000 may not sound stratospheric, keep in mind that income typically falls in retirement after paychecks stop arriving. Social Security, pensions and retirement account withdrawals are the usual income sources.

The most affluent seniors have been paying higher Medicare Part B premiums (for doctor visits and outpatient services) since 2007. But until now, the income levels at which the higher costs applied were indexed to inflation each year to keep the same percentage of beneficiaries subject to the surcharge. The ACA freezes the threshold at 2010 levels through 2019, starting this year.

And the ACA also extends the income formulas to Part D prescription drug enrollees for the first time. The changes will affect just 5 percent of Medicare enrollees this year, although that figure will rise to 14 percent by 2019 as more seniors jump past the frozen income threshold levels, according to the Kaiser Family Foundation.

High-income seniors who pay both Part B and Part D premiums could see their combined premiums rise anywhere from $300 to $700 per month by the end of the decade, according to Juliette Cubanski, associate director of Kaiser’s Medicare Policy Project. “That’s a considerable sum, considering that the base Part B premium for most people this year is $96.40,” she said.

Advantage enrollees typically pay the monthly Part B premium plus a supplemental premium to the Medicare Advantage plan; now, these premiums are being adjusted to factor in the higher-income amounts for Part B and Part D coverage, where applicable.

The policy aims to help offset the cost of healthcare reform by reducing taxpayer subsidies on Medicare services for seniors who don’t really need the help. The standard Part B premium is set annually to cover 25 percent of program costs; taxpayers foot 75 percent.

Seniors subject to the new income thresholds will see that subsidy fall by the end of the decade to just 20 percent. “The examples everyone mentions are Bill Gates and Warren Buffett,” said Cubanski. “Why subsidize rich Medicare beneficiaries?”

The ACA does provide important new benefits to retirees that should at least take the edge off the higher expenses over time.

The Medicare Part D prescription drug doughnut hole will be closed. That’s the coverage gap that starts when a beneficiary’s annual drug spending hits $2,830, and resumes at the catastrophic level ($4,550).

This year, pharmaceutical companies are providing a discount of 50 percent on brand-name drugs to low- and middle-income beneficiaries who find themselves in the gap. Then, the doughnut hole itself will shrink a bit every year, ultimately disappearing entirely in 2020.

The law also contains some important improvements to traditional Medicare aimed at boosting preventive care. Medicare patients now receive an annual wellness visit — with no co-payment or deductible — that includes a comprehensive health risk assessment and a long-term personalized prevention plan. Deductibles and co-payments also were eliminated for most preventive care services.

But the new income-based premiums arrive at a time when rising out-of-pocket health insurance costs pose a growing threat to retirement security for all retirees — affluent or not.

Cubanski said the median out-of-pocket premium expense for Medicare beneficiaries as a share of income rose from 11.9 percent to 16.2 percent between 1997 and 2006 (the most recent year for which data is available).

Kaiser reports that Medicare covered just 48 percent of total per capita medical and long-term care expenses, which averaged $17,231 in 2006. The out-of-pocket expenses are distributed between premiums, long-term care, prescription drugs and other costs.