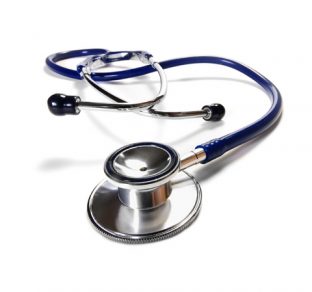 Big changes to many plans

Marketing for next year’s drug plans started Oct. 1, and seniors will see some of the biggest changes since theMedicare prescription benefit became available in 2006. More than 17 million are enrolled in private drug plans offered throughMedicare.

“People are just going to have to get on top of this and shop around,” said Dan Mendelson, president of Avalere, which does research for industry and government. “Beneficiaries are really going to have to reassess their plans for next year.” In Marylandand the District of Columbia, Medicare recipients have 45 plans to choose from, with monthly premiums ranging from $11.60 to $120.20. In Virginia, there are 44 plans available, ranging from $16.30 to $97.90 a month.

Changes decreed by Medicare to force insurers to winnow down duplicative plans could cause some head-scratching and confusion.

More than 3 million seniors will see their plans discontinued, according to Avalere. Medicare says all but 300,000 will be seamlessly switched to another plan of­fered by the same insurer, but the Avalere data suggest it may not be that simple.

Medicare “is really reshaping the market,” said Mendelson. “There are a lot of plans that are shutting down.”

Among them is the second-largest, the AARP MedicareRx Saver plan, with more than 1.5 million members nationally. It’s being discontinued in 2011, according to Medicare data analyzed by Avalere.

Seniors in the AARP Saver plan are expected to be switched to AARP MedicareRx Preferred, the leading national plan with nearly 2.8 million members. Both are offered by UnitedHealthcare.

Plans with the biggest increases

The study found the biggest percentage increase in premiums— nearly 43 percent — will be for the First Health Part D Pre mier Plus plan, offered by Coventry Healthcare. Average monthly premiums will rise from under $64 to nearly $91.

Margaret Nowak, who worked on the study for Avalere, said the jump is due partly to Medicare’s restructuring and partly to the plan offering better coverage in the doughnut hole, including some brand-name drugs. Only about one-third of plans will offer coverage in the gap next year, mainly for generics.

A spokesman for Coventry did not respond to a request for comment.

Another popular option that will see a significant increase is the Humana Enhanced plan, which offers some coverage in the gap. Premiums will rise by about 8 percent on average, to nearly $45.

Seven of the top 10 national plans will charge higher premiums next year, the study found.

Medicare officials did not dispute

Avalere’s numbers, but they said they calculate changes in premiums differently.

Timothy Hill, deputy director of the division that oversees the drug plans, said that among other things, Medicare makes an assumption that seniors facing a premiumincrease will switch to a lower-cost plan that covers their drugs.

Medicare estimates that premiums will go up by $1 on average next year, or 3 percent.

“We believe our analysis stands,” said Hill. “Beneficiaries are going to see a modest change to their premiums, and their benefits are going to be better.”