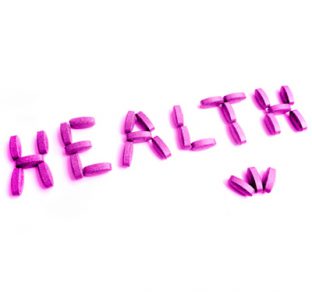 Many consumers mistakenly believe new prescription drugs are always safer than those with long track records, and that only extremely effective drugs without major side effects win government approval, according to a new study.

A national survey of nearly 3,000 adults finds that about four in 10 wrongly believe the U.S. Food and Drug Administration approves only “extremely effective” drugs. One in four mistakenly believes the FDA allows only drugs that don’t have serious side effects.

That means consumers “may not get the benefit from drugs they think they’re getting, or they may expose themselves to more harm than they think” said study co-author Dr. Steven Woloshin of the Dartmouth Institute for Health Policy and Clinical Practice and the VA Outcomes Group

In truth, the FDA approves a new drug when its benefits outweigh any known risks. FDA approval doesn’t mean the drug’s benefits are large compared to drugs already on the market.

And risks for some drugs appear only after they’ve been used by millions of people and long after FDA approval. For instance, Merck & Co. withdrew the FDA-approved arthritis pill Vioxx after reports of heart risks surfaced over a period of five years.

The new survey, appearing in the Archives of Internal Medicine, revealed a partial solution to consumer confusion: Simply worded cautions can make a difference in which drugs people choose.

To test that idea, the researchers dreamed up two fictional drugs for heart disease and two for heartburn. The survey posed a question: Which drug would you choose?

Participants were told both heart disease drugs were free and both lowered cholesterol, but only one was known to reduce heart attacks.

Seventy-one percent of people chose the better drug that reduced heart attacks — when they were reminded in a warning that the other one only lowered cholesterol levels. “It is not known whether it will help patients feel better or live longer,” the warning said. Fewer people, 59 percent, made the better choice when they weren’t given the added caution.

As for the make-believe heartburn drugs, consumers were told they worked equally well and were free. The difference? One was approved by the FDA in 2009, the other in 2001.

This time, 53 percent chose the older drug when given a warning about the newer one. The caution said: “As with all new drugs, rare but serious side effects may emerge after the drug is on the market — when larger numbers of people have used the drug.”

Fewer people, 34 percent, chose the older — and perhaps safer — drug when they didn’t get that warning.

“One of the reasons doctors tend to prescribe newer, expensive drugs is there’s a widespread perception that newer is better,” said Dr. Michael Steinman of San Francisco VA Medical Center, who wrote a commentary about the study in the journal. “That’s sometimes true, but many times it’s not true. So much of what doctors learn about new drugs is somehow affected by drug company marketing.”

Woloshin said simple cautions would help doctors, too, and should be part of drug advertising and labeling. He and co-author Dr. Lisa Schwartz have been working with the FDA to improve its guidance to drug makers on writing labels, he said.

They also are promoting the idea of drug fact boxes, similar to the nutrition fact boxes on packaged foods. The fact boxes, written in plain English, would tell consumers how well a drug works compared to other drugs, and would describe side effects.

Last year’s national health care law required the Department of Health and Human Services to report to Congress on the evidence for drug fact boxes. The department’s report said it needed at least three more years to study the idea.

Drug fact boxes could help consumers and doctors, Steinman said. He added that patients should question their doctors about prescriptions.

He suggested these questions for starters: “Is this drug recommended by the guidelines for my disease? Is there a drug that’s equally effective but has a longer track record of safety? Has this drug been shown to help people like me live longer or feel better?”