Remodel or renovate to stay in your home 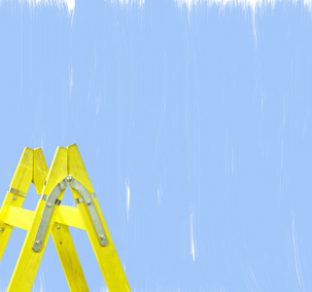 This spring, when Travis Slocum and his partner contemplated selling their home in Washington, D.C., they had high hopes of upgrading to a larger place. After all, in recent months, nationwide news has underscored falling home prices and historically low mortgage rates, both boons for would-be home buyers.

But Slocum found the selection disappointing. “We really didn’t find anything on the market that ‘wowed’ us,” he said. “[Some] might have had more space, but they weren’t as updated, or they were well out of our price range.”

Despite what some housing experts say is the best buyer’s market in years, house hunters like Slocum are finding themselves discouraged by tighter lending standards and the challenge of selling existing properties.

Rather than purchasing a new home, some would-be buyers are considering other options. For example, Slocum and his partner, who own a two-bedroom, two-bathroom home, are considering adding on to their existing property, remodeling, or even finishing their basement to create a separate rental unit and another source of income.

Give your house a facelift

Instead of moving, Jay and Stephanie Herbert opted to refresh the exterior of their home in Alpharetta, Ga., adding Craftsman-style touches like stacked stone columns and shaker shingles.

“That’s really what’s making us stay in this house,” said Stephanie, a homemaker. “If we could stay here and have our house paid off when our kids hit high school, it would be great to not have to worry about the burden if my husband were to lose his job.”

“People don’t want to sell now because the market is so depressed,” said Mitch Hochberg, principal at New York City-based Madden Real Estate Ventures. “They feel the smarter investment would be to put money into their current house that they will hopefully be able to recover when the market turns around.”

If you’re a discouraged house hunter looking for alternatives, here are a few ways you can adapt your current home to meet your needs:

Room conversions. Whether you’re converting a bedroom into a home office or morphing a recreation room into an in-law suite, simply re-purposing your living space can be one of the most affordable ways to adapt your home to a change in lifestyle needs.

Remodels. High-traffic areas such as kitchens and bathrooms take a beating over the years. The good news is that on average, homeowners recoup 73 percent of their investment for a minor kitchen remodel and 64 percent for a bathroom remodel, according to the most recent Remodeling Cost vs. Value Report. On average, minor kitchen remodels cost about $22,000, while bathroom remodels will set homeowners back about $16,000.

“People are absolutely spending more in renovating and expanding their existing homes rather than making the more significant investment of buying a new home,” Hochberg said. “Someone may be living in an older house and may want to put in a new kitchen or bathroom because that was one of the main drivers for moving.”

Finishing basements. Although this is one of the more pricey upgrades — on average, finishing a basement costs almost $65,000 — finished basements can add extra living space for families feeling cramped in their current homes. “It’s a fairly easy one to do,” said Hochberg. “You don’t have to deal with foundations and the roof.”

Exterior facelifts. Some homeowners are choosing to improve the curb appeal of their homes. While the Herberts undertook a more complex project to refresh the exterior of their home, simply replacing the front door or even a garage door can spruce up a tired-looking façade.

A new garage door costs about $1,300, on average, but homeowners can expect an almost 84 percent return on their investment. Entry doors return a whopping 102 percent, on average.

Additions. Major construction projects can be pricey, but if homeowners plan on remaining in their house for awhile, they can recoup almost two-thirds of their investment, on average.

Popular additions include sunrooms and outdoor living spaces, such as decks and pergolas, according to Jannis Vann, a residence designer in the Atlanta metro area. Clients are also expanding in-law suites, she said.

But while some renovation choices might be right for certain markets, the same upgrades might not fetch the same return on investment in other markets.

“Really know what kind of neighborhood you’re in. If only 1 in 10 homes have granite counters, you don’t need to install granite counters,” Shuman said. “You really need to understand what you’re putting into the renovations you do.”