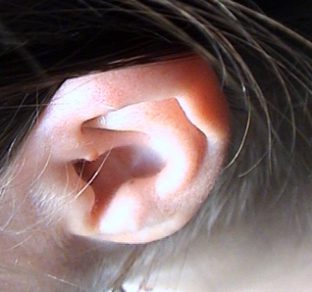 The ability to discern pitch — to hear the difference between “cat,” “bat” and “hat,” for example — hinges on remarkable gradations in specialized cells within the inner ear.

New research from the University of Virginia School of Medicine and the National Institute on Deafness and Communication Disorders has explained, for the first time, what controls these cells’ development and patterning. The findings are crucial to efforts to reverse hearing loss caused by age, loud sounds or other factors.

The researchers have been studying the development of these cells in chickens, which, like many creatures, have a remarkable capacity humans lack: the ability to regrow the sound-detecting cells after suffering hearing loss.

Jeffrey T. Corwin, Ph.D., of the University of Virginia’s Departments of Neuroscience and Cell Biology, noted that if both a human and a hen were to be exposed to a sound loud enough to destroy the ability to hear a certain pitch, the outcomes would be very different.

“We would lose the ability to hear that sound for the rest of our lives,” Corwin noted. “The bird also would lose the ability, but within 10 days, it would have its cells back. They would hook back up to the nerves, and within a few weeks its hearing would be back and almost indistinguishable from before.”

Understanding that process, then, may one day allow scientists to replicate it in humans.

“Eventually, therapies will come about from this regenerative approach, and these new discoveries will be a critical component,” Corwin said.

The ear hairs we need

Pitch detection occurs within the cochlea, a small spiral structure within the inner ear. Inside the cochlea are specialized cells, known as hair cells. These are “tuned” to different sound pitches based, in part, on their locations along the cochlea’s spiral and the number and the length of their stereocilia — hair-like microscopic protrusions that give the cells their name.

That pattern progresses through the several thousand hair cells that are essential for hearing. “When you hear different sounds, not every single hair cell in the cochlea is responding, only the ones that are sensitive to the specific sound frequencies,” explained Benjamin R. Thiede, Ph.D., lead author of a paper outlining the new discovery.

The key to regeneration

Until now, scientists have not understood what orchestrates the formation of this critical pattern of individually distinct hair cells. The researchers, however, have solved that mystery.

Thiede noted that when chickens regenerate damaged hair cells, the new cells develop with just the right characteristics for cells in those particular locations along the cochlea.

“So the question is, are developmental signals like Bmp7 and retinoic acid involved in reestablishing the pattern of hair cells and restoring hearing to the regenerating cochlea?” he asked.

“If we look at the mammalian system, which can’t regenerate, are these signals lost? Does the mammal turn off these important signals once development is completed, so they’re not reactivated for regeneration?”

That’s a matter for further investigation, but it suggests a tantalizing path for developing new treatments.

WhatDoctorsKnow is a magazine devoted to information on health issues from physicians, major hospitals and clinics, universities and healthcare agencies across the U.S. Online at www.whatdoctorsknow.com.