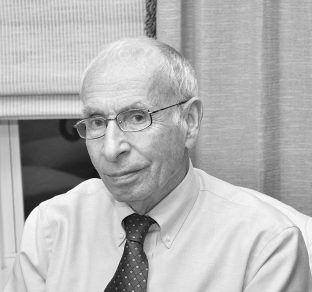 According to a recent article in the Wall Street Journal, the percentage of individuals borrowing from their 401(k) accounts has increased dramatically the last few years.

Some members of Congress feel that this is a dangerous trend, and they are proposing legislation to make it more difficult for individuals to take out these loans. They apparently feel that people who take them are jeopardizing their retirement.

Congress should not pass any legislation that restricts this type of loan. Individuals contribute to 401(k) accounts for two primary reasons: To save for retirement and to take advantage of a matching contribution from their employer.

If they decide to borrow from their 401(k), it is because they have a better short-term alternative for these funds. For example, when I worked full time, such loans were very useful to pay for my children’s education.

Most, but not all, employees enrolled in a 401(k) plan are allowed to borrow from it. Just as companies match employee contributions at different levels, or not at all, companies also impose varying interest rates on loans from their plans. Some companies don’t allow loans.

Meanwhile, federal law requires loans to be paid back within five years, or 15 years if the loan is used to purchase a primary residence.

One of my pet peeves regarding 401(k) loans is not with the loans themselves, but rather with the emphasis most pundits and columnists place on the loan rate that is imposed on these loans.

Whether you think the rate is favorable or poor is irrelevant because the individual who is taking out this loan is paying it back to himself rather than to a financial institution.

What is important is comparing what these funds could have returned in the retirement account to the return that the borrower receives on the funds withdrawn.

For example, assume a borrower has been receiving an average total return of 4 percent on the funds in his retirement account. If he uses the proceeds to pay off a credit card with a rate of 18 percent, he has saved 14 percent.

It is true that a higher rate on the loan means a larger annual repayment amount (to his own retirement account). However, he is paying it back to himself. A high loan rate does not hurt him. What is relevant is how he uses the proceeds.

If you leave your job

One potential disadvantage of the 401(k) loan is that if you leave your job for any reason and you are younger than 59 1/2, you have only 60 days to repay the loan.

If you fail to do so, you have to pay the IRS a 10 percent penalty on the unpaid loan amount (in addition to ordinary income tax). If you have other funds that you can use to pay off the loan, there is no penalty.

In some circumstances, taking the loan is still beneficial (even if you do leave your job and have to pay a penalty because you are unable to repay the loan).

For example, assume you contribute $3,000 a year to the retirement plan because you want the $1,500 employer match (again, this contribution varies from plan to plan).

However, your retirement account contains $4,500 more than you would have had without the $3,000 annual contribution. (The example assumes you are vested in the plan, and that you can keep all of the employer contributions.)

No tax is due when you borrow from your 401(k). If Congress makes it more difficult to borrow, some people will be forced to make withdrawals, which results in both income tax liability and a 10 percent penalty.

I recommend that you write your congressional representative, and tell him or her to leave the existing 401(k) laws in place. Congress has not shown us that it knows more than we do in handling resources.

Elliot Raphaelson welcomes your questions and comments at elliotraph@gmail.com.