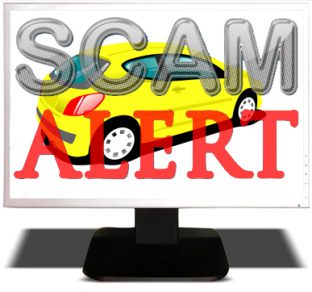 It’s another case of “if it sounds too good to be true, it probably is.”

The FBI is warning online auto shoppers to watch out for deals that offer cars at very low prices, then direct unwitting buyers to phony websites designed to separate victims from their money. The agency says more than $44.5 million was stolen through such scams from 2008 to 2010.

The agency said there are variations on the scheme, but the basic version involves a seller placing an ad on a legitimate website like Craigslist for a car at a below-market price. When an interested buyer responds via email, the return email often includes a story of hardship explaining why the price is so low — the seller lost his job, there’s a health care emergency, or even that the seller is being deployed by the military.

The email also includes a request to move the transaction to another website “for security reasons,” yet at the same time offers (fake) buyer protection through another company, often identified as eBay Inc.

The seller may also pose as a representative of a legitimate company in a live online chat, and will send a real-looking invoice that purports to be from eBay or another major site.

The return email will also ask the consumer to wire the money to pay for the vehicle, and sometimes to fax a receipt showing when that transaction has taken place. The parties then agree on a time and place to deliver the vehicle — but it never arrives.

The FBI lists a series of warning signs that the sale is a scam on its website, www.fbi.gov.

To summarize the red flags: car shoppers should watch out for deals with ultra-low prices, sellers who want to switch websites, claims that buyer protection is available from a website not involved in the transaction, and sellers who won’t meet in person to allow the buyer to see the car ahead of time.

Also beware of hard-luck stories that seemingly explain why the car is such a good deal. And any sale that requires funds to be wired ahead of time should be a big warning sign. Once funds are wired, there is no way to retrieve them.

A bluntly worded warning posted on the “Cars & Trucks” page on Craigslist warns consumers against having a vehicle shipped to them.

“Offers to ship a vehicle are virtually 100 percent fraudulent,” the site states, and adds that customers should “never use Western Union or a wire transfer to pay for goods — only a scammer will ask for this, and any funds sent will be lost.”

There were nearly 14,000 complaints submitted to the FBI by consumers who have been targeted or fallen for this type of scam between 2008 and 2010.

Jack Christin, associate general counsel at eBay Inc., said the online auction company sees the scammers as “hijacking the eBay name.” The company has placed an alert on the top of www.ebaymotors.com warning consumers that their vehicle purchase protection only covers transactions completed on their site. If a seller from another site promises eBay protection programs, the warning says, “Walk away. It is fraudulent.”

The eBay Motors Security Center also offers tips for safe online car buying and links to report suspected fraud to the company and the Internet Crime Complaint Center, which is operated by the FBI and other government agencies.