Some housing stocks rise despite market 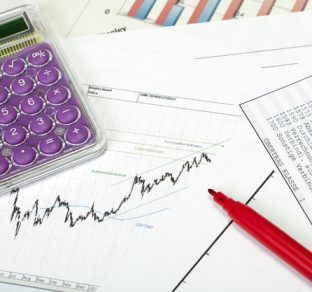 Real estate investing doesn’t have to be a losing proposition, whether home prices continue to slip or not.

Ross Meredith has a lot of money riding on that notion, and it’s worked out lately. The retired bank examiner owns stock in companies called real estate investment trusts (REITs), which own commercial properties. Those six REIT stocks have returned an average of about 20 percent a year since the 2008 financial crisis.

He plans to hold on to the REITs. And he’s sticking with his suburban Salt Lake City home, even though it’s shedding value. He figures the resale price of the five-bedroom colonial he shares with his wife has dropped about 6 percent a year since the housing bubble burst, to about $250,000 now.

Meredith isn’t alone: Recent home price declines in many cities have left several markets in a “double-dip,” or second period of decline since the subprime mortgage crisis triggered the Great Recession.

Although Meredith’s mortgage is now paid off, he still has the ongoing expenses of property taxes and maintenance. But real estate still holds some appeal. “REITs pay me a return,” the 65-year-old said.

The potential stock returns are bolstered by their often-attractive dividends payouts. REITs generate income from properties they own and often operate. They’re required to distribute at least 90 percent of their taxable income to shareholders in order to escape corporate taxes.

Meredith has been able to count on stable quarterly payouts from REIT stocks to supplement retirement savings and pay for niceties like travel and golf.

The recent resilience of REIT dividends is proof, Meredith said, that the decline for commercial real estate wasn’t nearly as bad as the residential market crash.

One reason commercial properties have held up well is that the market wasn’t overbuilt. The rapid pace of homebuilding before the bubble burst left a glut of housing when the economy skidded.

“Property developers weren’t building office complexes or hotels or apartments for clients who didn’t exist,” said Jon Cheigh, co-manager of Cohen & Steers Realty Shares (CSRSX), a REIT mutual fund with $3.7 billion in assets. “So the recent slump in the commercial market hasn’t been the 100-year flood that it has been for the residential market.”

In fact, many real estate categories that REITs invest in have held up well. For example, apartment complex REITs have benefited as many potential homebuyers are either unwilling or unable to get a mortgage. The average return for apartment REIT stocks last year, including dividends, was a sizzling 47 percent.

Meredith’s favorite REIT, National Health Investors, gets steady income from the nursing homes, assisted living centers and medical office buildings that it owns. The stock has returned an average 21 percent per year over the last 3-year period. That’s way ahead of the 3 percent return for the Standard & Poor’s 500 index.

This year, REITs have been one of the stock market’s bright spots. Mutual funds that specialize in REITs have returned an average 9.4 percent. That’s nearly double the S&P 500’s 5 percent return.

After such strong gains, Meredith isn’t looking to add to his REIT holdings. He figures the stocks are no longer bargains.

One downside is that the higher prices have pushed dividend yields down, meaning investors get less income relative to the price of the stock. The average yield for REIT stocks recently slipped below 4 percent. That’s less than half of what they paid when stocks bottomed out in March 2009.

The stocks have gained in part because they’ve appealed to investors unhappy with the recent near-record low returns for many less-risky investments. Ten-year Treasurys, for example, yield around 3 percent. That’s led many investors to search elsewhere for income, lifting demand, and prices, for REITs and other dividend-paying stocks.

That popularity means REITs have found plenty of additional investors. REITs have raised a total $31 billion through May, from issuing additional stock shares and debt. That’s on pace to beat the full-year record of $49 billion set in 2006.

However, the opportunity for REITs to inexpensively raise money may be short-lived. If the economic recovery picks up speed, interest rates are likely to increase, raising REITs’ borrowing costs. That would make it more expensive to acquire new properties, which could crimp REITs’ stock prices. Higher rates would also lift bond yields, making them more competitive with REIT dividends.

The threats of higher rates and inflation recently led Cohen & Steers Realty Shares to buy more shares of apartment REITs. Apartment owners are in better position to raise rents annually in response to an improving economy than owners of office properties with multi-year leases, Cheigh reasoned.

He expects REIT dividend payments will rise around 10 percent a year over the next five years, which could bring yields back up. A key reason is his expectation that demand for commercial properties will exceed supply for years to come.

That could prove to be wrong if the economic recovery stalls.

“That would be bad for REITs,” he said. “But it would also be bad for lots of other investments, too. I don’t see a lot of risks out there that are specific only to REITs.”