Specialty meds save lives, but at high cost 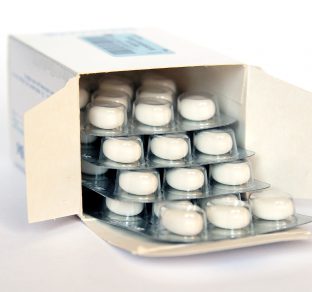 Mati Munoz lost her liver to hepatitis C, and the virus was attacking its transplanted replacement last year when her doctor prescribed a drug combination that could save the organ.

She just needed $7,000 for an initial payment not covered by her Medicare prescription plan.

Munoz is among roughly five million people in the U.S. who rely on a growing class of medications known as specialty drugs — advanced medicine for complex conditions such as hepatitis C, juvenile arthritis and multiple sclerosis.

Doctors hail many of these therapies as breakthroughs, since they can conquer or control diseases that were once almost untreatable. But they can cost more than $80,000 for a single course of treatment, and bury patients in debt, even those with insurance.

Patient advocates expect the problem to worsen as insurance coverage shrinks and use of specialty treatments grows.

Legislatures in Connecticut, Massachusetts and Illinois, among other states, are considering bills that would limit prescription drug costs for patients,

Six states, including Maryland, have already passed such measures. Last year in Maryland, lawmakers voted to limit co-payments of certain specialty drugs to $150 per month. In its 2015 session, the Virginia General Assembly tabled a bill that would have limited co-pays.

Rep. David McKinley, a Republican from West Virginia, will soon introduce a bill for Congress to consider.

Some of these bills and laws restrict overall drug costs to patients, while others target specialty medications with measures that aim to keep their costs more in line with other drugs.

Insurers warn that those limits will raise the cost of coverage for everyone. They say the high prices must be addressed in order to curb patient costs.

Drugmakers, in turn, defend the costs, insisting the prices help them recoup the billions of dollars they pour into researching and developing the drugs.

While the debate churns, patients are left with no easy solutions. Sarah Cloud of Hurricane, Utah, needed leftover Christmas money to cover a $612 January bill for a juvenile arthritis treatment her son, Chris, needs to walk without crippling pain.

Cloud says she “prays every day that they either find a cure or he goes into remission, and we just don’t have to do” another refill.

Advocates say the problem is growing as coverage shrinks, particularly in plans sold on the public exchanges created by the healthcare overhaul. Use of the drugs also has grown since some blockbuster hepatitis C treatments hit the market.

Some patients face $5,000 or $6,000 bills at the start of every year, said Larry LaMotte, a vice president with the Immune Deficiency Foundation.

That’s when insurance typically renews and patients must pay off deductibles — the amounts that must be satisfied before most coverage begins.

“There are a lot of people who cannot come up with that kind of cash right off the bat, and that problem really has not been addressed yet,” said LaMotte, whose foundation helps people born with no immune systems or severely malfunctioning ones.

Benefits plans typically divide covered drugs into cost-related tiers. Insured patients can wind up with big bills if their prescription plan has a specialty tier, which can come with a coinsurance payment of 30 percent or more. That means the patient has to pay nearly a third of the drug’s cost after the deductible is met.

A growing percentage of plans sold on the exchanges come with specialty tiers, according to the market research firm Avalere Health.

That trend will probably spread to employer-sponsored health insurance. About 20 percent of employers had specialty tiers in their prescription drug coverage last year. Those tiers may become the norm in five years, Avalere CEO Dan Mendelson said. “It’s really all being driven by the need to control costs,” he said.

Pharmacy benefits managers and insurers have warned for more than a year now about a jump in specialty drug costs, ever since Gilead Sciences Inc. introduced Sovaldi, a hepatitis C treatment that comes with remarkable cure rates and a now-infamous $1,000-per-pill price.

Pharmacy benefits manager Express Scripts said nearly 32 cents of every dollar spent on prescriptions now goes toward a specialty drug. That’s up from 12 cents in 2009. Express Scripts Holding Co. runs prescription coverage for insurers and employers across the country.

The high-cost specialty tiers are less common at companies with more than 1,000 employees, said Shari Davidson, a vice president with the National Business Group on Health, a nonprofit organization that represents large employers. Some employers shield workers from financial harm by capping the amount they pay for a specialty drug at $100 a month, she said.

That’s not the only protection from big bills. Many drugmakers will help pay for their drugs, and nonprofits also provide assistance. That’s what saved Munoz, the hepatitis C patient.

The Patient Access Network Foundation (www.panfoundation.org) covered her initial $7,000 bill and more. She wound up paying only about $100 for a course of treatment involving Sovaldi and the Johnson & Johnson drug Olysio that essentially cured her. “I was beside myself with joy,” Munoz said.

The assistance comes with limits, however, especially for people who must take medications year after year. Some may not qualify for assistance programs and wind up skipping their medications or choosing cheaper alternatives.

Sarah Cloud estimates that her family has piled up more than $12,000 in debt paying for Chris’ medication.

Bills for the next several months will be covered in part because the Clouds will soon reach the out-of-pocket payment maximum on their coverage. That means the insurer will pick up the whole tab for a time.

But then a $3,000 deductible payment hits in August, when the coverage renews. Steep monthly bills will return shortly afterward.

The family, Sarah Cloud said, is “in a constant state of fundraising.”