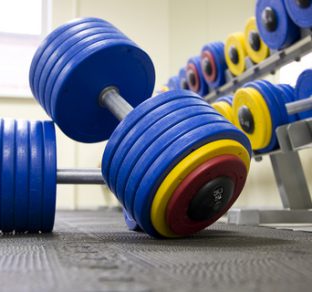 Ten minutes of brisk exercise triggers metabolic changes that last at least an hour. The unfair news for panting newbies: The more fit you are, the more benefits you just might be getting.

We all know that exercise and a good diet are important for health, protecting against heart disease and diabetes, among other conditions.
But what exactly causes the health improvement from working up a sweat or from eating, say, more olive oil than saturated fat? And are some people biologically predisposed to get more benefit than others?

These are among the questions that metabolic profiling, a new field called metabolomics, aims to answer in hopes of one day optimizing those benefits — or finding patterns that may signal risk for disease and new ways to treat it.

“We’re only beginning to catalog the metabolic variability between people,” said Dr. Robert Gerszten of Massachusetts General Hospital, whose team (which includes researchers from the Broad Institute of MIT and Harvard) just took a step toward that goal.

The researchers measured biochemical changes in the blood of a variety of people: the healthy middle-aged, some who became short of breath with exertion, and marathon runners.

First, in 70 healthy people put on a treadmill, the team found more than 20 metabolites that change during exercise. These are naturally produced compounds involved in burning calories and fat and improving blood-sugar control.

Some weren’t known until now to be affected by exercise. Some revved up during exercise, like those involved in processing fat. Others involved with cellular stress decreased with exercise.

Those are pretty wonky findings, a first step in a complex field. But they back today’s health advice that even brief bouts of activity are good.
“Ten minutes of exercise has at least an hour of effects on your body,” said Gerszten, who found some of the metabolic changes that began after 10 minutes on the treadmill still were measurable 60 minutes after people cooled down.

Your heart rate rapidly drops back to normal when you quit moving, usually in 10 minutes or so. So finding lingering biochemical changes offers what Gerszten calls “tantalizing evidence” of how exercise may be building up longer-term benefits.

Back to the blood. Thinner people had greater increases in a metabolite named niacinamide, a nutrient byproduct that’s involved in blood-sugar control, the team reported recently in the journalScience Translational Medicine.

Checking a metabolite of fat breakdown, the team found people who were more fit — as measured by oxygen intake during exercise — appeared to be burning more fat than the less fit or than people with shortness of breath, a possible symptom of heart disease.

The extremely fit— 25 BostonMarathon runners — had 10-fold increases in that metabolite after the race. Still other differences in metabolites allowed the researchers to tell which runners had finished in under four hours and which weren’t as speedy.

“We have a chemical snapshot of what the more fit person looks like. Now we have to see if making someone’s metabolism look like that snapshot, whether or not that’s going to improve their performance,” said Gerszten, whose ultimate goal is better cardiac care.

Don’t expect a pill ever to substitute for a workout — the new work shows how complicated the body‘s response to exercise is, said metabolomics researcher Dr. Debbie Muoio of Duke UniversityMedical Center.

But scientists are hunting nutritional compounds that might help tweak metabolic processes in specific ways. For example, Muoio discovered the muscles of diabetic animals lack enough of a metabolite named carnitine, and that feeding them more of it improved their control of blood sugar.

Now, Muoio is beginning a pilot study in 25 older adults with pre-diabetes to see if carnitine supplements might work similarly in people who lack enough.
Next up: With University of Vermont researchers, she’s testing how metabolic changes correlate with health measures in a study of people who alternate between a carefully controlled Mediterranean diet and higher-fat diets.

“The long term hope is we could use this in making our way toward personalized medicine,” Muoio said.— AP