Time to dress up for El Paseo Fashion Week 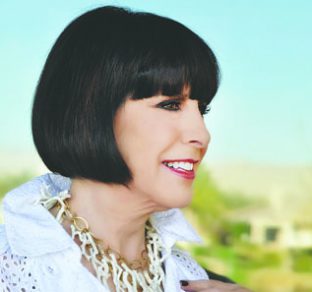 Fashion mania will sweep over the valley in the wake of the 9th El Paseo Fashion Week, March 16-22, presented by Palm Springs Life (PSL) magazine, with title sponsor Saxony Group.

The Beacon talked to Susan Stein, the fashion director/creative producer of the event. Stein, who as PSL fashion director is credited as the architect of Fashion Week, checked off some of the highlights.

The Malaysia-born Zang Toi is something of a coup. “He’s a real couturier, 100 percent devoted to his art,” Stein said. In 2006, she took Kevan Hall, the first featured designer, over to meet Zang Toi at his Saks Fifth Avenue trunk show. “I took Zang Toi’s card, and I stayed in touch.”

Zang Toi’s collection climaxes the week on Saturday night, March 22. “His clothes are gorgeous, fantasy clothes,” says Stein.  Perhaps as a pure back drop, the audience is asked to wear white.

Earlier that day at 10 a.m., there’s a press conference for the Project Runway cadre, but it’s also a meet-and-greet open to the public.

On Thursday, March 20, it’s free to all comers when from 10 a.m. to 2 p.m. the designers offer a trunk show and will be on standby to help buyers with fittings and advice.

The Fashion Institute of Design and Merchandising (Los Angeles) launches the shows on Monday, March 17. Graduating students debut their talent — “Really amazing kids,” says Stein, who is a professor at FIDM. Veteran Fashion Week viewers would tend to agree. Unfettered by business restrictions, the students can unleash their creativity. Bradon McDonald, known for Project Runway, is one of the FIDM group.

“Street Seen on El Paseo” on Tuesday, March 18, heralds a parade of El Paseo retailers showing us what they’ve got. Break dancers and graffiti artists join the fray, never mind the dress code of the evening. It’s the little black dress. “We’re urbanizing El Paseo,” says Stein, who no doubt will wear an elegant LBD.

Friday, March 21, it’s “The Best of Saks Fifth Avenue,” which can be pretty darn good with world-class labels from the likes of Stella McCartney, Roberto Cavalli, Alexander McQueen, Pucci and Ralph Lauren for women, with Etro and Dolce & Gabbana for women and men. If you go, hang onto your ticket. It will get you into what is likely to be the best after-party of the week. It’s at the Palm Springs Art Museum in Palm Desert in the Faye Sarkowsky Sculpture Garden, “a great place for a party,” says Stein.

It wouldn’t do to hit Fashion Week unprepared. So there’s the tradition of the Sunday, March 16 “Style and Beauty Bash.” More than 30 salons and spas offer their services with hair styling, cuts and makeup for a charitable donation of $30. Men, by the way, can get a shave and a haircut. It happens from 9 a.m. to 3 p.m., and the action will include extreme hair and makeup demonstrations.

And once beautified and ready to browse, one can check out the series of about 20 pop-up shops under the big white tent, which as usual is prominently placed off El Paseo at Larkspur Lane in Palm Desert.

In case Fido has FMO, fear of missing out, not to worry. It’s “Le Chien” time at 5 p.m. that same day with cocktails, a silent auction plus music and entertainment, then the main event at 6 p.m. — a canine fashion show with the theme of “Famous Dogs of Hollywood.” We’re talking Rin Tin Tin and Lassie for a start.

For the model walkers as well as the pooches, there’ll be chic accessories. Stein points out that, besides their other endearing attributes, undeniably, “Pets are accessories.”