Vision loss may lead to hallucinations 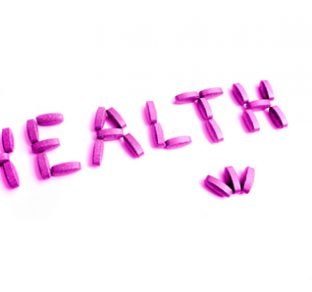 People with Charles Bonnet syndrome (CBS) can vouch for the cliché that things aren’t always as they seem. This syndrome, named for the 18th century philosopher who first described it, is characterized by the periodic occurrence of hallucinatory visions.

People with CBS may see anything from abstract patterns to birds to babies to white sandy beaches. Sometimes the hallucinations are very animated and detailed.

They tend to occur when a person is awake, alone and in dim light, or when he or she is physically inactive or lacks distractions, such as television. They also frequently occur during down time — say, while getting a haircut or waiting in line at the store.

Those who have these visions know they’re just mirages. That is, the images are illusions, not delusions.

The difference is that a person with delusions is convinced that what she sees is real. Patients with CBS may initially second-guess themselves, but they ultimately accept that their perceptions have no substance.

The cause of this disorder is thought to be a misfire in the brain similar to the neurological mixup that occurs in patients with phantom limb syndrome.

As vision wanes, the brain continues to interpret visual imagery in the absence of corresponding visual input, just as it sometimes continues to process pain signals from a limb that’s no longer there.

May be quite common

When a person first has such visual illusions, he may wonder if he’s becoming mentally ill or developing senile dementia. He may hesitate to tell his doctors or loved ones about the problem for fear they’ll draw that very conclusion.

For this reason, it is difficult to estimate how common the condition is, but it has been reported to occur in 10 to 40 percent of older patients with low vision, such as those with age-related macular degeneration, cataracts, diabetic retinopathy and other eye disorders.

Turning on an extra lamp or two, staying physically and mentally occupied, spending time with family or friends, and participating in social activities can reduce the frequency and vividness of the hallucinations. Each patient must learn what works for him or her. A positive attitude is the key.

A thorough eye examination to rule out additional problems and a few targeted questions about your symptoms are usually all that’s needed to diagnose the syndrome.

Sometimes consultation with a neurologist or other specialist is necessary to rule out any serious disorders that may mimic CBS, such as stroke and Parkinson’s disease. The diagnosis may be complicated by the fact that many patients have multiple medical problems, such as diabetes and heart disease, for which they take several medications.

Fortunately, the saying “This, too, shall pass” is also true for those with CBS. After a year or perhaps 18 months, the brain seems to adjust to the person’s vision loss, and the hallucinations generally begin to recede.

In the meantime, of course, the underlying visual impairment should be treated or monitored. Idle time should be kept to a minimum. If the person is found to be depressed, therapy or pharmacologic treatment may be in order.

Anti-seizure medications have been shown to calm the hallucinations in some patients, and anti-anxiety agents can be used in those who find the visions upsetting. For most patients, though, just knowing that they aren’t becoming mentally ill and that the symptoms will eventually subside is all the treatment they need.

Based on information from Lighthouse International, an organization that fights against vision loss through prevention, treatment and empowering those with low vision or who are blind. For more information, see www.lighthouse.org or call 1-800-829-0500.