What to do when your house won’t sell 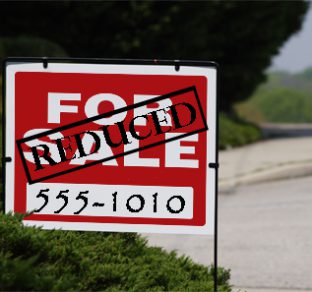 Spring can be an exciting time for homeowners ready to sell. But not so much when your home has lingered on the market through multiple spring selling seasons.

Years of listings, open houses and showings without offers are weighing on many homeowners this year as the nation’s housing market continues to struggle from the Great Recession’s prolonged housing slump, credit crunch and high unemployment.

His two-story house — with amenities such as a hot tub, finished basement and a wooded lot where deer roam — sits on 1.4 prime acres in an upscale region with a top-rated school district. But the traditional real estate cry of “location, location, location!” has given way in this economy to “price, price, price!”

With new foreclosures and mortgage short-sales still streaming into the market, buyers have a lot of bargain listings to shop through.

So that can mean some tough conversations between agents and homeowners about how much they can realistically expect to get for their home — and if it’s not attracting much interest after months or years, the need to slash their asking price.

“We have had a problem with sellers who are nostalgic for the way it was,” said Ron Phipps, a real estate agent and president of the National Association of Realtors. He recalled homeowners reciting in detail the peak of their home’s market value.

But that’s of little use today. “You have to be where the market is, not where it was,” Phipps said.

The popping of the pre-recession real estate bubble means many people need to list their homes at or below what they paid for them, said Diane Thomas, senior sales vice president for Comey & Shepherd Realtors. Thomas, who’s listing the Olivers’ house, said 2010 was the worst sales year of her 27-year career.

“Nothing like it before, not even when interest rates were high,” she said.

Spring may be your friend

But spring usually means increased activity, with better weather and more traffic from families hoping to buy and get moved before next school year.

Veteran real estate agents suggest a variety of steps for homeowners to improve their property during spring, and the Realtors association has a website with tips for both buyers and sellers at www.Houselogic.com.

For other improvements, Phipps advises owners to listen to their agent’s suggestions and heed negative feedback from previous showings — without taking it personally.

He also suggests going to open houses or taking online “virtual tours” of similar homes on sale to see how they compare in appearance and price.

“You have to be very realistic about what is keeping your home from selling,” Phipps said. “Sometimes it may actually be the person in the mirror, if your expectations are not realistic. Ultimately, there is a price at which all things sell.”

The Olivers, meanwhile, went ahead with their planned move to Salt Lake City, and are letting a niece and her family stay in what was their home for more than three decades. The house went back on the market in October with the price slashed nearly 25 percent, to $549,000.

Thomas thinks it might be bought by a developer who will knock down the house and divide the land into lots.

Jim Oliver said his family is faring OK financially, but still is more than ready to sell. “I liken it to having a Ferrari just sitting in your garage,” he said.