When grown kids move back in 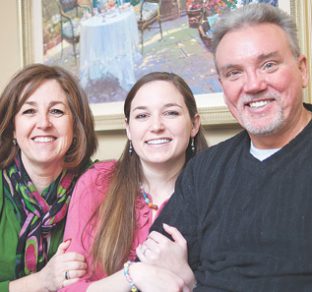 Unlike many "empty nesters," Sharon and Craig Gendler were happy to send their two daughters out into the world and have their house — and their life — back to themselves.

"We liked it," said Sharon, 54, a former retailer who is now a legal assistant for her husband’s law practice. "We didn’t feel empty in the least."

But today — like it or not — the Gendlers’ Reisterstown home is filled to the brim once again as their girls, ages 24 and 26, have moved back in, joining other "boomerang" kids of their generation who have fled the "real world" and are once again living with Mom and Dad.

The Gendler daughters are certainly not alone. According to a 2009 survey by the Pew Research Center, 13 percent of parents with grown children reported that one of their adult sons or daughters had moved back home during the year.

In large part, this trend has been fueled by difficult economic times. While the recession has touched Americans of all ages, it has hit young adults particularly hard.

A job loss — or the inability to find a job in the first place — makes it difficult to pay rent. According to the Bureau of Labor Statistics, in October 2009, 15.6 percent of 20-to-24-year-olds were unemployed compared with 8.7 percent for people over 25.

Kids come home for other reasons, too. They may be in debt from college loans, they may be getting over a divorce, or they may just realize they can’t afford the comfy lifestyle they had at home.

"I don’t think she realizes how good she has it here," said the Nelsons, a Baltimore City family that prefers not to use their first names so as not to upset their daughter — whom, they are quick to say, they love beyond measure and are happy to have home while she looks for a job (but still wish she’d show a bit more appreciation and responsibility).

But parents bear some part of the responsibility for this phenomenon, too.

"Boomerang kids are home not just because of the recession, but also because in the past generation there has been a shift in child-rearing," said psychiatrist Scott Haltzman, author of The Secrets of Happy Families: Eight Keys to Building a Lifetime of Connection and Contentment.

"We have treated our kids like friends, allies and colleagues," he said. "We’ve blurred the lines that once clearly defined the parent-child relationship.

"We’re much more indulgent than our parents were," Haltzman continued, "and we’ve made home a really comfortable place for our kids. They have little desire to leave. They experience some independence at college and then they’re ready to come home."

Moving back home can be "business as usual" for the kids, but as the Gendlers and Nelsons have found, it can be "disruptive" for the parents.

"When the kids are back, you shift back from being a couple-focused household to a child-focused household," said Haltzman. "You’re no longer in control of your schedule, what’s in your refrigerator, how much gas is in the car, and so on."

"We all get along well," said the Nelsons. But they admitted that "it would be nice to know what our daughter’s plans are when we get home in the evening."

"Food is definitely an issue," added Sharon Gendler. "I make dinner, and I never know who’s going to be here." Even ordering in can be difficult, albeit at times amusing. "It took us hours to decide on what kind of pizza the four of us wanted the other night," Gendler laughed.

Glad to be together again

Not all families are finding their "boomerangers" a challenge. Columbia residents Wendy and Michael Appleby said that having their daughter Lauren home for the past four years has been "pretty copacetic." Lauren agreed. "It’s pretty easy here."

Wendy, 53, an interior designer and dental hygienist, and Michael, 56, a member of the Secret Service, said they always assumed Lauren would come back home (unlike their son, Jared, now 26, who spent six months at home after college and "hated it here").

"I wanted to save my money for the future," said Lauren, 25, co-owner of Serendipity, a clothing and gift boutique in Highland, Md. That future is coming up next year, when Lauren and her fiancé will be married (and, it is assumed, moving out on their own).

Despite their obvious good rapport with each other, there have been times when issues had to be dealt with. "If something annoys me, I just make a snide remark," Wendy chuckled. "Lauren always gets it and changes whatever it is that’s irritating me."

Similarly, Wendy admitted that though it was difficult for her, she realized she had to start backing off: "If [Lauren] were living on her own, I wouldn’t know everything she’s doing, so I shouldn’t necessarily know it just because she’s here…on some levels, ignorance is bliss!"

According to "Adult Children Moving Back Home: Don’t Let ‘Boomerang Kids’ Derail Your Goals," a report published by insurance company New York Life, a return to the nest works best when parents:

Remember, though, that there don’t have to be hard and fast rules. "You can always re-evaluate," said Haltzman.

While there can be frictions and challenges to having the nest filled once again, there are pleasures as well. Said Wendy Appleby, "I get to watch my daughter every day live her life as an adult the way I raised her to be."