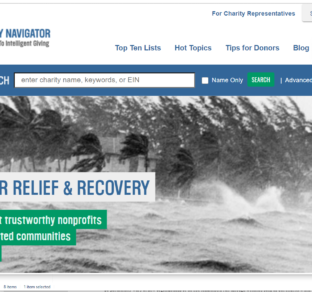 After any disaster, many Americans open their hearts and wallets. During the pandemic alone, giving reached $10.2 billion by early May, with $6 billion of that coming from the U.S., according to the Chronicle of Philanthropy.

But scammers often prey on this generosity. For instance, if you’re planning to donate in the wake of the recent explosion that rocked the port of Beirut or pandemic-related charities, it’s important to do your due diligence.

Fake charities and victims tend to pop up overnight, waiting to take advantage of folks’ generosity. Here’s how you can protect yourself:

You can also check out GuideStar, which presents a snapshot, including balance-sheet data, program descriptions and links to financial documents. On GuideStar, charities are asked to answer five questions to assess their potential impact and five questions about board oversight and performance.

But it helps to keep some perspective on the reviewers, too. Don’t rely solely on one review, and don’t immediately dismiss an organization with low ratings or one that isn’t profiled without doing more research on your own in the news, on the charity’s own website or through other review sites.

BBB also has a scam tracker system. Type in “charity” in the keyword search bar, and you’ll see an index of the most recently reported scams sorted by Zip code. You may also report a scam on the site.

If you’re seeing more relief requests via social media, be wary of handing over your cash. Check to see if the charity or cause listed has a working website.

Do not click on links sent to your email or in social media messages and comments. If there’s a name listed, search the name, and then go directly to the website.

Be particularly wary of new organizations or ad hoc fundraisers run through websites such as GoFundMe. While GoFundMe guarantees that funds will go to the beneficiary, not the campaign organizer, and will refund up to $1,000 to donors if there is evidence of misuse, the cause itself could be fake.

So, always cross check the information across various platforms.

If you’re unsure of how you want to deploy your funds right at this moment, you can set up a donor-advised fund (DAF) with money-management firms such as Charles Schwab and Fidelity. With a DAF, you make one large contribution to the fund (cash or assets) and can disperse the funds at a later time.

And last but not least, don’t feel pressured to give if someone is badgering you. Do not give cash, gift cards or do a wire transfer. It’s best to pay by credit card or check.