Books in translation widen our horizons 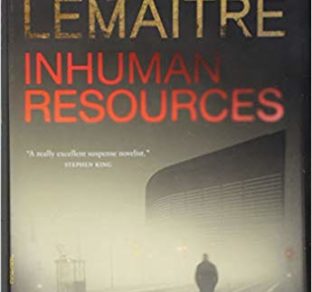 The translators of these works of fiction and nonfiction have made foreign authors and their perspectives accessible to us.

Andrew Bromfield, a British literary editor who has translated numerous Russian authors, explains that his job is to provide readers “with an experience which is as close as possible to…the author’s authentic voice. Also, the translated text should, ideally, read just as naturally as the original.” He has succeeded admirably.

Boris Akunin, the most popular crime fiction author in Russia, is the pen name of Grigory Chkhartishvili, a Russian academic expert on Japan. Chkhartishvili left his homeland in 2014 and now lives in Western Europe.

The Coronation, written in 2000, is the seventh of 16 mysteries centered around the exploits of detective Erast Fandorin. This fascinating work of historical fiction takes us back to the world of the Tsars.

Its narrator is chief butler for the uncle of the new tsar, Nicholas II. As the royal family converges in splendor in Moscow for the coronation, the butler describes in mesmerizing detail the unique etiquette and lavish lifestyle of the court.

Days before the coronation, the tsar’s visiting young cousin is kidnapped and held for ransom by an infamous criminal mastermind, Doctor Lind.

By the time the action commences in earnest, you’ll be ensconced in the late 19th-century Russia of the Romanovs — its class divisions and social mores. Modern readers may find the latter offensive, but the characterizations accurately depict that milieu.

Historical facts are interwoven into the dizzying cloak-and-dagger doings as the plot unfolds over 15 days. Readers will find themselves imagining the days of yore in a completely new light.

This fast-paced thriller is deftly composed by award-winning novelist Pierre Lemaitre, a 68-year old Parisian famous in his native country for his crime novels.

Inhuman Resources will touch a nerve among older readers on both sides of the Atlantic. The French protagonist has been laid off in his 50s from an executive position. He suffers the humiliation of searching for comparable employment while compelled to accept menial work to pay the bills.

The tactics to which he resorts, in pursuit of a job, to regain his dignity and provide a nest egg for himself and his loved ones are creatively conjured up by this prolific author.

The tale progresses rapidly with many twists and turns. The climactic scenes are the product of a vivid imagination and written with relish, a touch of irony, and a nod to European events in the headlines just a few years ago. It’s a fantastic tale with a core of truth.

The small Italian island of Lampedusa, an isolated dot in the Mediterranean, has been confronting waves of refugees from Libya and Tunisia, just 70 miles south. In 2015, 1,600 migrants died en route from Libya to Lampedusa.

Now a primary entry point for migrants heading to Europe, Lampedusa had been known for fishing and farming; its beaches were a magnet for tourists.

In Tears of Salt, a nonfiction work, the real world has intruded on the sleepy idyllic home of Dr. Pietro Bartolo, who runs the only medical clinic on the 7.8-square-mile island. Bartolo writes movingly of his new life on the island, tending to the needs of the suffering immigrants who fled their hopeless lives by boat, some with dire consequences.

Interspersed are tales of Bartolo’s upbringing as the son of a fisherman in a family of seven siblings. He, and later his own children, leave the island to study on the mainland.

He returned to practice medicine with his wife, a classmate in medical school. Co-author Tilotta is a journalist who has reported on the refugee crisis.

Stories of suffering and loss, heroism and heartlessness fill the pages of Tears of Salt in nuanced translation.

The Joy of Missing Out: The Art of Self-Restraint in an Age of Excess, by Svend Brinkmann, translation by Tam McTurk, 128 pages, Polity paperback, 2019

Svend Brinkmann, a Dane, has written a concise, refreshing book on the importance of self-restraint and the folly of modern society’s emphasis on consumerism, boundless acquisition and never-ending personal growth.

He lauds the ideal of making do, and praises the comforts of habit and ritual.

Older adults may have already reached the conclusion that the pursuit of wealth does not lead to happiness and that owning expensive, high-status possessions does not necessarily heighten one’s self esteem. Reading The Joy of Missing Out will validate these ideas from the pen of a 43-year-old.

The author-philosopher contends that cherishing one’s identity and core beliefs brings one to a state of peace and fulfillment.

The endless pursuit of material goals, he argues, can counter and upset mindfulness and satisfaction. To be free means to resist “groupthink.”

By relishing your routine, you can take time to smell the roses, watch the sunrise, open a book and cherish your time. To many, that is bliss, whatever the language.