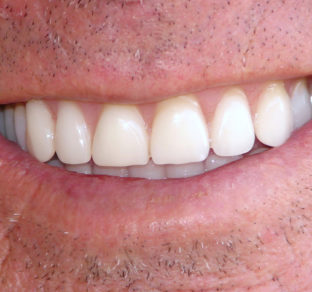 For some time now, scientists have been aware of the connection between poor oral health and dementia. Long-term studies have revealed that those who suffer from chronic periodontitis (gum disease) are more likely to develop Alzheimer’s as they age.

To explain the connection, scientists suggest that the inflammation caused by gum disease may spread to the brain and stimulate the production of the beta-amyloid plaques that are thought to be responsible for the cognitive decline seen in Alzheimer’s patients.

The bacteria that live in dental plaque cause gum disease and the resulting inflammation. It is possible that the bacteria are somehow able to enter the bloodstream or invade the peripheral nerves and, in one of these ways, reach the brain, where they trigger an immune response that results in the buildup of amyloid plaques.

A study published in January in the peer-reviewed scientific journal Science Advances detected the presence of P. gingivalis, the bacterium that causes gum disease, in over 90% of more than 50 brains of people who had died in the advanced stages of Alzheimer’s.

This demonstrates that gum disease bacteria do indeed find their way into the brain. It also supports the hypothesis that the same bacteria set off the brain’s immune response and may be responsible for the high levels of amyloid plaques found in their Alzheimer’s brain samples.

The researchers found that gingipains damages the tau proteins in brain cells, causing them to produce the tangles that are characteristic of those with advanced Alzheimer’s.

The researchers suggest that the best way to treat the condition may be to starve the bacteria by cutting off their food supply. This can be done by deactivating the enzyme gingipains with medication.

The research team designed a drug that binds to gingipains, so that it cannot do its job of breaking down proteins. A version of the drug has been tested on a few human volunteers and reportedly has produced positive results. A more extensive drug trial will begin later this year.

It is important to note that the study does not provide conclusive proof that P. gingivalis causes dementia. Certainly not everyone with gum disease will develop Alzheimer’s.