Catching up with Donna Hamilton 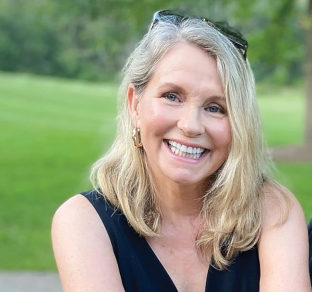 Donna Hamilton, Baltimore’s First Lady of TV News, retired from WBAL-TV11 three years ago. Now she spends her time gardening, seeing her grandchildren and planning to travel. Hamilton will be hosting a Danube River cruise for WBAL this fall. Photo courtesy of Donna Hamilton
PRINT

If you are from Baltimore, chances are you know Donna Hamilton.

A graduate of the University of Alabama Birmingham, where she studied sociology and English, Hamilton arrived in Baltimore in 1981 and soon became a favorite of local viewers as host of WJZ-TV13’s “Evening Magazine,” which was on the air until 1990.

Eventually, Hamilton would find her way to the anchor desk at WBAL-TV11, reporting the day’s events at “5, 6 and 11” for 23 years.

She officially retired from broadcasting on May 23, 2018, declaring via Facebook that she was “happy, sad, relieved, anxious, excited…in equal measure.”

“I can’t believe it’s been three years [since I retired]!” she said in a recent interview with the Beacon, situated in the garden at her Baltimore home (where she has a day’s labor to attend to).

“I’m happy…only occasionally anxious. Still relieved. I’m in a good place. We got a new president, and that made me happy. I’m not shy about saying that, as I don’t have to maintain journalistic objectivity anymore,” Hamilton said.

“And we’ve got a vaccine now, so I’m okay. Everything is going to be all right.”

These days, Hamilton enjoys taking walks, dining outside and attending small outdoor gatherings of friends — “most people are vaccinated,” she said.

And she’s “read a ton and watched a lot of TV,” enjoying “The Sinner,” an American crime anthology starring Bill Pullman as a police detective, and “Borgen,” a Danish political drama, two “dark” series that offer a refreshing contrast to Hamilton’s typically sunny personality.

As Hamilton admits, “It’s been a weird year. I’d be a good person to be under house arrest. I’m happy staying home.”

Her husband, David Paulson, is also retired, so the couple sees a lot of each other, especially over the past year when quarantined.

“Sometimes I need a place to be where he is not,” she said. “We have our moments of tension, of course, but if it gets bad, I say, ‘I’m going into the other room. Goodbye!’”

Hamilton and Paulson also own two vacation houses in the mountains of North Carolina — properties they visit but primarily rent out to vacationers. Overseeing both houses keeps Hamilton busy.

No more books or films; travel

In addition to her time on Baltimore television news, Hamilton also appeared on the Learning Channel’s “Great Country Inns” series, which inspired her to write Gracious Country Inns & Favorite Recipes (1994).

Now that she’s retired, might she decide to pen a sequel? Or perhaps a book on another topic?

Contemplative for a moment, Hamilton shook her head. “I doubt I’d do that. I could. But you really have to be disciplined to be a writer. I’m much better as a deadline person.”

In 1991, Hamilton and Paulson formed a production company to make documentaries — or to be accurate, one documentary.

“We made one,” she admitted. “The Peacemakers. It was about the situation in Israel in the Middle East.”

Might retirement offer a return to the film world? “I really haven’t thought about that. It sounds suspiciously like a job.”

Yet, Hamilton will have a job of sorts this fall, when she hosts a river cruise for interested WBAL-TV 11 viewers down the Danube in September.

She also has a trip planned to Portugal with her sisters in the fall. And after that, perhaps a visit to Germany and Eastern Europe.

Although a WBAL producer asked her last fall if she’d consider filling in for its newscasts, Hamilton turned down a return to TV news, she said.

“Doing a newscast is its own little beast. You have your rhythm. When you leave that world for a while, the technology changes.

“TV news is a high-wire act. You won’t feel as confident coming back.”

The future of journalism

Today’s 24-hour news cycle can be stressful for journalists (and viewers). How does Hamilton feel about the changes that have occurred since she left?

“Television news has changed since I was a shiny-eyed 20-something,” she wrote in an email. “The business and ‘bottom line’ aspect is greater than ever, as is the pressure to do more with less.

“It’s not unusual today to see reporters who ‘do it all.’ You shoot the story, you write the story and you edit the story, too. Oh, and make sure the facts are straight. That’s a pretty tall order.

“I suppose journalism is less trusted today, which is sad, as journalists often stand between those who need real information and those who would do wrong and keep that info from the public.

“I found it distressing to have a sitting president undermine trust in an institution that is such a key part of a functional democracy. What can you do? Keep calm and carry on.

“Journalists are, or should be, truth tellers. Sometimes that’s truth told through someone’s particular prism, but in my personal experience, the news people I know work hard to write stories that are true and unbiased.”

Nowadays, Hamilton is focused on reading, walking, gardening (“I do it so my neighbors don’t think ill of me!”), socially distanced socializing, trip planning, out-of-state home repairs and indoor painting.

And she spends a lot of her time with family: adult children Cada and Jesse and their kids.

“That was one of my inducements for retirement,” Hamilton said, noting that her pre-retirement vacations never seemed to allow enough time with her grandchildren.

“I have been lucky enough to spend more time with the grandkids as they were in quarantine. Thank God for FaceTime — what would grandparents do without it?

“But as my mother would say, ‘It’s shattering!’ You feel fractured after a week with them, little kids who are age four and six.”

For someone who claims she never had a calling, it is clear that what Hamilton most enjoys and continues to pursue, throughout her career and into retirement, is her ongoing study of humanity, one person at a time.

“It’s really fun to interview people, meeting people you normally wouldn’t. That was always my favorite part [of being a journalist], just to talk and chat with people. You don’t interview someone without learning something you didn’t know before.”

“I’ve spoken with people who have been through serious health issues, and, as they’ve emerged through their illness, have that special aura about them. They had this experience and now see their lives and the world in a new way.

“There’s nothing like almost losing your life to make you appreciate it quite a bit.”

After years of deadlines, Hamilton is taking care of herself now.

“I’m very much into my vitamins. Collagen in your coffee — for your joints, supposed to help your skin, I don’t know if it’s actually true, but a way to add some protein to your hot drinks. I do maintain an interest in health issues. My husband is always accusing me of playing doctor.”

Any final thoughts about leaving WBAL?