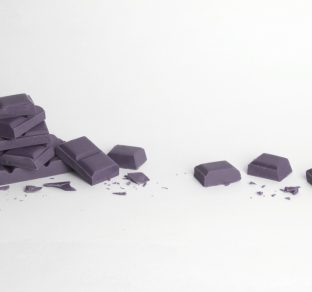 Chocolate is more than just a tempting treat. Certain compounds in chocolate, called cocoa flavanols, have been shown to boost health. But that doesn’t mean you should start loading up on the sweets.

Flavanols are a type of plant nutrient found in many foods and drinks — such as tea, red wine, blueberries, apples, pears, cherries, and nuts. They’re particularly abundant in cacao beans, which are the seeds of the cacao tree. Fermenting, drying and roasting cacao beans yields cocoa powder, which is used to make chocolate.

A study published in the February 2015 American Journal of Clinical Nutrition found that older adults with normal thinking skills who consumed between 500 and 900 milligrams (mg.) of cocoa flavanols every day for eight weeks made significant improvements on tests that measured attention, executive function and memory.

A similar study in 2012 showed that daily consumption of cocoa flavanols was associated with improved thinking skills in older adults who had cognitive problems.

“From laboratory and animal studies, we know that flavanols facilitate brain cell connections and survival, and protect brain cells from toxins or the harmful effects of inflammation,” said Alonso-Alonso.

Not all chocolate is healthful

Since cocoa flavanols are so beneficial, it would seem that you should add chocolate to your daily diet. But you must use caution. The amount of cocoa used in chocolate varies by manufacturer, and flavanols are often destroyed in the production of chocolate.

Remember, too, that chocolate candies are high in sugar and saturated fat. Adding chocolates to your diet without taking out other foods can lead to weight gain, which may cancel out any health benefit. In addition, too much saturated fat can raise blood levels of “bad” LDL cholesterol.

To find out how much you’re getting, though, you’ll have to do some detective work about the source of your cocoa flavanols, especially in chocolate. The amount of flavanols in chocolate is not always listed.

While as a general rule dark chocolate has more cocoa and therefore more flavanols than milk chocolate, the amount can vary enormously depending on how the chocolate has been processed.

If you can, avoid chocolate that’s been processed with the Dutch method — which includes alkali to reduce acidity, but reduces the flavanol content. The ingredients in “Dutched” chocolate will list cocoa processed with alkali.

Other sources of cocoa flavanols include baking and beverage cocoa from the grocery store, and “fortified” supplements and powders from health food stores.

But be careful: The U.S. Food and Drug Administration does not review and approve dietary supplements based on their safety and effectiveness. Consumer groups studying the amounts of cocoa flavanols in products have found that the actual amount in supplements and cocoa powders varies widely.

Alonso-Alonso said it’s best to get cocoa flavanols from unsweetened cocoa powder that has not been processed using the Dutch method. The label may state that it’s not Dutch processed or simply that it’s natural cocoa, but if it said “alkalized” or “Dutch processed,” look for another brand. It should come from a major manufacturer and guarantee at least 200 mg. of cocoa flavanols per serving. It will have a bitter taste, but it may have sweet results.