Feds diverge on proper use of painkillers 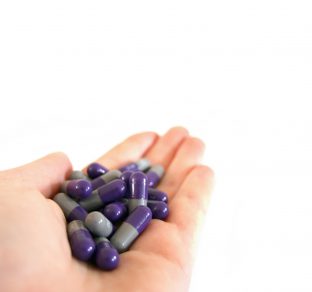 How do you have a conversation about prescription drugs that provide critical pain relief to millions of Americans yet also cause more fatal overdoses than heroin and cocaine combined?

The answer is: It depends.

Different parts of the federal government describe the problem — and potential solutions — of abuse with Vicodin, OxyContin and other opioid drugs in different terms.

The White House has called opioid abuse an “epidemic” and a “growing national crisis” that causes more than 16,500 deaths per year. Meanwhile, the head of the Centers for Disease Control and Prevention and a top-ranking Drug Enforcement Administration official have called on doctors to dramatically scale back their use of prescription opioids.

But while Food and Drug Administration Commissioner Margaret Hamburg acknowledged that opioids are overprescribed in an interview with the Associated Press, she again emphasized the importance of keeping the drugs accessible to Americans with chronic pain — a group she cites as roughly 100 million, or about 40 percent of U.S. adults.

“I think we have an important balancing act of trying to assure that safe and effective drugs are available for patients who have real pain and need medical care,” Hamburg said.

The agency’s approach has won kudos from physicians who use opioids to treat pain, including the American Pain Society, a group that receives funding from the largest pain drugmakers, including Pfizer Inc. and Teva Pharmaceuticals.

But it also exposes a rift in the government’s messaging about the appropriate role of opioids, which are among the most frequently prescribed drugs in the U.S. CDC officials have called for more limited prescribing, citing figures that show a four-fold increase in opioid sales between 1999 and 2010, during which opioid overdose deaths more than tripled.

“These are dangerous medications, and they should be reserved for situations like severe cancer pain where they can provide extremely important and essential palliation,” CDC Director Tom Frieden said. “In many other situations, the risks far outweigh the benefits.”

It’s a view shared by anti-addiction advocates like Physicians for Responsible Opioid Prescribing, a group that wants the FDA to severely restrict pharmaceutical marketing of opioids.

“Over the past decade, there have been more than 125,000 painkiller overdose deaths because drug companies were permitted to falsely advertise these drugs as safe and effective for long-term use,” said the group’s president, Andrew Kolodny.

Experts agree that most overdoses occur in people abusing opioids at unsafe doses, often by grinding up tablets for snorting or injecting. But groups like PROP say that addiction often begins when doctors prescribe the drugs for common aches and pains. Opioids include both legal and illegal narcotics, such as heroin, morphine, codeine, methadone and oxycodone among others.

The appropriate medical role for opioids has been the subject of vigorous debate for over 20 years.

For most of the last century, doctors reserved opioids for acute pain following surgery or injury, or for severe, long-term pain due to deadly diseases like cancer. Using the drugs for more common ailments was considered too risky because they are highly addictive.

Shift to use for chronic pain

But in the 1990s, a new generation of specialists argued that opioids, when used carefully, could safely treat common forms of chronic pain, including back pain and arthritis. That message was amplified by pharmaceutical marketing for new, long-acting drugs like OxyContin, which the FDA approved in 1995.

Purdue Pharma, the maker of OxyContin, would later plead guilty and pay $634.5 million in fines for misleading doctors about the risks of addiction and abuse with OxyContin. But opioid prescriptions continued to rise unabated.

It’s a trend closely monitored by the Drug Enforcement Administration, where officials say an oversupply of painkillers is fueling the black market for both prescription opioids and heroin.

DEA Deputy Assistant Administrator Joe Rannazzisi says it is “outrageous” that the U.S. consumes 99 percent of the world’s hydrocodone — the most prescribed medicine in the country.

“A controlled substance shouldn’t be the most widely prescribed medication in the United States,” he said in an interview. “If we believe we’re the only country that knows how to treat pain that’s a pretty arrogant attitude.”

To be sure, any successful effort to curb drug abuse must involve a wide range of players, including state lawmakers, medical boards, pharmacy chains and medical educators.

In her interview with the AP, Dr. Hamburg emphasized this multifaceted approach while highlighting two recent steps by the FDA to reduce harm from opioids.

In September, the FDA narrowed the prescribing label on long-acting opioids like OxyContin to specify that they should only be used for “pain severe enough to require daily, around-the-clock” therapy that cannot be managed with other approaches. Previously, the label simply stated the drugs were for “moderate to severe pain.”

In October, the FDA recommended reclassifying hydrocodone-containing combination pills like Vicodin to limit how doctors can prescribe them.

But both of those actions came after outside pressure. The labeling change was in response to a petition from the physician group PROP, which sought much stricter labeling than what the FDA ultimately put in place. The change in classification for hydrocodone pills came after nearly a decade of prodding by the DEA, which argued that the drugs had been misclassified in the first place.

DEA’s Rannazzisi says the difference in tone between various agencies reflects their unique missions. As he sees it, the FDA’s primarily role is to review drugs and make sure they are marketed appropriately. But the DEA’s mission to investigate drug diversion brings his staff much closer to the ongoing epidemic of abuse and addiction.

“Maybe sometimes people need to get out from behind their desks and actually go and look at what’s going on,” Rannazzisi said. “Because in the end this is a national tragedy that’s not being addressed.”