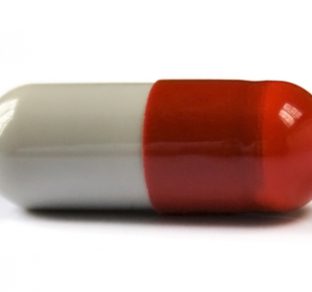 Government health officials recently approved the first lower-cost copy of a biotech drug in the U.S. — a long-awaited milestone that could save billions for insurers, doctors and patients.

Biotech drugs are powerful, injected medicines produced in living cells. They are typically much more expensive than traditional chemical-based pills.

The Food and Drug Administration approval of Swiss-based Novartis’ version of the blockbuster drug Neupogen paves the way for a new market of quasi-generic biotech medicines. Express Scripts Holding Co., the country’s largest prescription benefit manager, estimates the Novartis drug, named Zarxio, could save the U.S. health system $5.7 billion over the next decade.

Neupogen, used to boost blood cells in cancer patients, had U.S. sales of $839 million last year. Express Scripts said the average price for a 30-day supply was about $3,500 last year.

Novartis won’t announce Zarxio’s price until its launch, through its Sandoz subsidiary, later this year, spokeswoman Julie Masow said. She said the biosimilar would be “competitively priced.”

The FDA approved the drug for use in several types of patients, including those undergoing bone marrow transplants or receiving certain forms of chemotherapy.

Dr. John Jenkins, director of FDA’s Office of New Drugs, said during a conference call that Zarxio and Neupogen “should perform the same” in patients.

Many newer biotech drugs cost more than $100,000 per year, and together they account for nearly 30 percent of all U.S. drug spending. Five of the top 10 U.S. drugs by revenue are biotech medicines, according to IMS Health.

Since their introduction in the 1980s, biotech drugs haven’t faced generic competition because the FDA did not have a system to approve copies.

In 2012, the FDA laid out a regulatory pathway to approve so-called “biosimilars.” That’s the industry term for generic biotech drugs, indicating they’re not exact copies. For years the biotech industry staved off competition by arguing their drugs were too complex to be reproduced by competitors.

Edward Jones analyst Ashtyn Evans said that won’t happen as dramatically as when generic pills hit the market. “It won’t be a race to the bottom,” she said, and will depend on how quickly the biosimilar starts grabbing market share.

Prices for insulin, human growth hormones, drugs for chemotherapy side effects and others could plunge 20 to 40 percent as biosimilars arrive, according to a forecast by KPMG Strategy.

Europe has had for years

In Europe, Novartis has sold its version of Neupogen, called Zarzio there, since 2009. The drugmaker also markets two other biosimilar drugs in about 60 countries.

Generic biotech drugs have been available since 2006 in Europe, where the European Medicines Agency has approved about 20. The drugs generally cost 20 to 30 percent less than the original products.

Uptake has been slower than expected because doctors and pharmacists cannot switch patients from an original branded drug to a biosimilar. As a result, sales of biosimilar drugs represent less than 1 percent of the $170 billion global market for biotech medicines.

In the U.S., pharmacies and insurers cannot automatically switch patients from a brand-name biologic to a biosimilar, which is allowed for generic versions of traditional drugs. But if state law allows, pharmacists could call doctors and ask them to consider such switches, FDA officials said.

And if biosimilar drugmakers apply to the FDA for a designation called “interchangeability,” automatic switches to the cheaper biosimilar drug would be allowed. Novartis didn’t seek that classification for its drug, but analysts expect other companies will, expanding the market for biosimilars to $20 billion by 2020, according to Leerink Swann analysts.

Other biotech blockbuster drugs expected to face U.S. competition include anti-inflammatory drugs Remicade and Humira and cancer drugs Herceptin and Avastin. Humira, made by AbbVie Inc., is the world’s top-selling drug, with more than $12.5 billion in 2014 sales.

Meanwhile, it’s unclear if Zarxio will affect sales of Neulasta, the successor drug to Neupogen. Amgen launched Neulasta, which requires fewer injections and lasts longer, in 2002. It had 2014 sales of $3.65 billion.