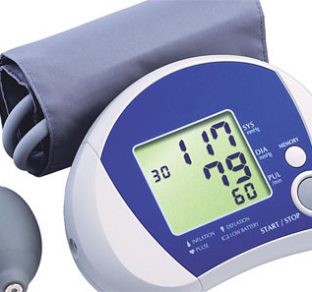 Doctors are notoriously bad at measuring their patients’ blood pressure. Nurses are better, but many still don’t use the correct method.

Even clinicians who do follow the proper procedure often get a reading that’s higher than the person’s usual blood pressure. This is called white-coat hypertension — blood pressure that’s high when a doctor or other clinician measures it, but normal the rest of the time.

Maybe it’s time to give the job of measuring blood pressure to machines, not humans. That’s the novel — and successful — approach taken by teams in Canada and the Netherlands.

In Canada, researchers asked 88 primary care physicians and 555 of their patients with high blood pressure to take part in the Conventional Versus Automated Measurement of Blood Pressure in the Office (CAMBO) trial.

Half of the physicians measured their patients’ blood pressure the old-fashioned way — in person, by pumping up a standard blood pressure cuff and listening through a stethoscope to the stop and start of blood through the brachial artery.

The other half handed over the job to a machine. These doctors fit a blood pressure cuff around the patient’s arm, made sure the machine was working, then left the room.

The average measurements made by the doctors were higher than those made by the blood pressure monitor alone. In addition, the automated readings were more in line with the 24-hour recording (BMJ).

In a related study in the Netherlands, 84 men and women whose doctors suggested they have 24-hour blood pressure monitoring first had their pressure checked by a machine, not by a doctor or other clinician. Each volunteer sat alone in a quiet room while his or her blood pressure was automatically measured eight times in 30 minutes.

The readings yielded an average that was very close to the 24-hour recording. Notably, the first measurement in the series averaged 154 millimeters of mercury (mm Hg), but by the fourth one it had stabilized at 142 mm Hg (Annals of Family Medicine).

Up to 20 percent of people who are told they have high blood pressure, and who begin treatment for it, may actually have normal blood pressure everywhere but in the doctor’s office.

Why some people have white-coat hypertension isn’t clear. It could be the rush of getting to an appointment, the anxiety and stress associated with seeing a doctor, or poor technique by the person who is taking the measurement.

One way to test for white-coat hypertension is with ambulatory blood pressure monitoring — wearing a blood pressure cuff around the arm, connected to a portable monitor, for an entire day and night. This offers a better estimate of “true” blood pressure than a single snapshot in a doctor’s office.

But it is a hassle having the cuff inflate every so often, even while you sleep. An easier alternative might be to sit quietly by yourself in your doctor’s office and have a machine measure your blood pressure several times.

You can read the paper yourself at www.health.harvard.edu/169.