Making a match to spark love 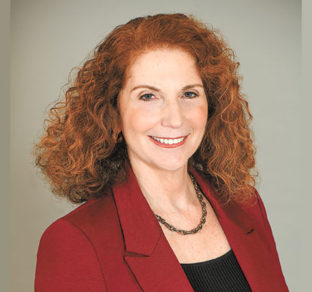 Since 1989, Maryland resident Leora Hoffman has been helping people in the greater D.C. area find the perfect match. Unlike online dating services where people are expected to find each other, Hoffman and other matchmaking business owners in the area arrange personal introductions and provide feedback after dates. Photo courtesy Leora Hoffman Associates LLC
PRINT

As coronavirus began to narrow nearly everyone’s lives to the confines of their homes and essential errands, Leora Hoffman despaired that the matchmaking business she had built and grown since 1990 would take a big hit.

But she couldn’t have been more wrong. The pandemic hasn’t put a damper on her company, Love By Leora, which focuses on making matches primarily between older adults.

“Things have never been busier. Coronavirus has inspired people to reach out for connection even more so,” said Hoffman, who is 63 and lives in Garrett Park, Maryland.

Michelle Jacoby, 54, founder of DC Matchmaking, has had a similar experience. Her business plummeted in the spring, but it started to pick up again in May. By July it was “booming,” said Jacoby, who lives in Chevy Chase, Maryland.

“Now that we’ve adjusted to the ‘new not-so normal’, and after being at home alone for many months, people are ready and especially eager to find partnership,” Jacoby said. “Maybe people are even more open to matchmaking because they haven’t spent money on travel, dining out, shopping, et cetera.”

Matchmaking is a practice as old as time, and helping people come together isn’t going to be defeated by a pandemic, both Jacoby and Hoffman say.

Their low-tech, handpicked approaches can be far more effective than swiping right or left on an app or responding to profiles that sometimes have an ambiguous relationship with reality, according to the matchmakers.

“Matchmaking is more about quality than quantity. Dating online can be habit forming, where you spend a lot of time swiping, have people flake out on you, and you’re not getting anywhere,” Jacoby said.

“With matchmaking, everything is offline. I set up a dinner date, give them feedback surveys to see how it went, and provide coaching if someone needs a little help.”

Unlike free or low-fee dating sites, this personal touch can come with a hefty price tag. Jacoby charges between $15,000 and $25,000 for a year-long membership, depending on the amount of coaching requested, while Hoffman charges $5,000 to $15,000.

In fact, Hoffman, a lawyer, got her start in the business after her sister contacted her about a matchmaker she was considering hiring whose fees started at a steep $30,000.

“I told her I’d be very leery spending that kind of money with anyone. But you just gave me a brainstorm for my next career.”

Getting back in the game

While Jacoby focuses her business on all ages, Hoffman says that as she’s aged, her clients are getting older as well.

“I think it’s even more important at this stage in life to have the support in finding someone special,” Hoffman said.

“Many are divorced or widowed, and they want to start a new chapter in their lives. But they’re picky, and they’re busy. It really requires a specialist, in my opinion.

“Just as you’d hire an accountant to do your taxes or a real estate agent to sell your property, you need someone to help bring two people together for a relationship.”

About 60% of Hoffman’s clients are female, which means scouting for eligible men (who can join her database for $200) is important.

An older demographic also means clients — and their adult children — may have a new set of concerns about being discerning when meeting someone. Do they need a pre-nuptial agreement? What about the children’s inheritance? Hoffman recently took divorce mediation training to help her be prepared for thorny issues.

And then there are problems that crop up that she can’t prepare for. After one date, the man was enthusiastic, but the woman said she wasn’t sure about him because he didn’t really listen to her.

As she always does after every first date, Hoffman called try to find out what happened. It turned out the man had forgotten to put in his hearing aids.

Jacoby has her own advice for older daters, whether meeting through a matchmaker or other means. First, she’s found people in their 50s, 60s and 70s talk about themselves too much.

“If you talk about negative things, you’ll attract negative people. Don’t vomit information. Remember you’re sitting with a complete stranger. Have a little mystery,” she recommends.

And she’s concerned that some may jump into bed too soon.

“Maybe you haven’t had sex in a long time. But it’s really important to have an emotional intimacy before getting physical. The odds are better for a lasting relationship,” Jacoby said.

But even if a date starts off on the wrong foot, there’s still hope. Just ask Cathy Polin, one of Hoffman’s first matches.

She had just endured an acrimonious divorce and moved from Florida to Washington, D.C. to live with her mother. When her date first called, her mother answered the phone, screaming it was too late to be calling and slammed the receiver down.

“Unbelievably, he called back the next day,” recalled Polin, now 62. “I met him at a restaurant in Georgetown. I had no idea where I was going. I was totally late. I was sweaty. But there was an instant attraction. He was very different from others I dated in that he was nice and funny and kind.”

A year later they married, and they now have two adult sons.

“A lot of matchmakers focus on young people. With older people, it can be harder,” Polin said. “Leora really gets to know the person on an emotional level. She had incredible instincts right from the beginning.”

Another of Hoffman’s clients says she was turned off by the negativity she found in online dating, some criticizing her looks or ghosting her [Ed.: that is, ending all communication without any explanation] after what she thought were good conversations.

“There are some horrible people online. They are rude to you. You feel like you’re just being thrown away,” said the Arlington woman, 60, who asked that her name not be used.

She recently met a man through Love by Leora and said the experience has been far better.

“When you use a matchmaker, your date sees you as a whole person. You know you’ve been matched for a reason and there’s some accountability in knowing there’s someone who’s waiting to hear how the match turned out,” she said.

Even so, there are no guarantees, Hoffman says.

“When I am working with somebody, my mission is to find them their true love. It sounds corny, but it’s really like trying to find the needle in a haystack….If I could supply chemistry and shoot Cupid’s arrow into everyone I work with, I would be hugely rich, but sadly it’s not up to me.”

Hoffman is only too aware of that in her own life. She has been married three times.

“I was divorced twice, which as a matchmaker was a bit of an embarrassment,” she noted. “People would say to me, ‘What’s the deal with you?’ I say, ‘I’ve made my mistakes in judgment. I’ve learned from them.’ I never stopped believing I can find the right person,” she said.

In her memoir, Catch Me a Catch: Chronicles of a Modern-Day Matchmaker, published in February, Hoffman kisses and tells about her romantic life — and the lives of some of her clients, albeit anonymously.

“Part of the reason I wrote the book is to empower people to match each other,” she said. “Culturally, I think it’s so important for people to look out for each other and help them meet. It doesn’t seem to happen as much as it used to,” she said.

“The bottom-line reason I wrote the book is, if I can succeed after what I’ve been through, so can you.”

Still, the pandemic has shifted dating into uncharted territory. Hoffman said one recent match fizzled when a couple met in person after several Zoom dates. He refused to wear a mask, and that was a dealbreaker for her. “The virus has become a litmus test for a relationship’s viability,” she said.

Jacoby said that most of her clients are going on video dates before meeting in a socially distanced manner. She has some advice for those new to Zoom and meeting via video.

“Take the time to look good (makeup, hair, etc.), wear a nice shirt, and make sure you have good front lighting and a nice background on your video dates. Raise your camera to eye-height,” Jacoby recommends.

“Be open-hearted but also have strong boundaries. Don’t judge people too quickly. First dates can be hard, especially on video. Talk about positive subjects — stay away from politics and pandemic talk. Most importantly, be consistent, and don’t give up. It only takes one right person!”