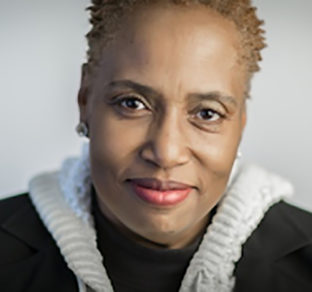 Dr. Imani Woody has been an advocate of women, people of color and LGBTQ people for more than 25 years.
PRINT

Moving into an assisted living facility can be a difficult transition. It is even harder, however, for LGBTQ (lesbian, gay, bisexual, transgender or queer) older adults, who have faced discrimination all of their lives.

Cecelia Hayden Smith, a retired drug and alcohol counselor from Essex, hasn’t moved into a continuing care community yet. She’s heard stories about friends in nursing homes who were raped or weren’t allowed to go to the funeral of their same-sex spouse.

Having been with her wife for 32 years, Smith is familiar with hostility from others due to her sexuality, and is wary of staff members in assisted living facilities. “They say they’re welcoming,” Smith said. “Welcoming, my foot.”

This fear is the reason only 20% of LGBTQ older adults in long-term care facilities are open about their sexual orientation, according to a 2016 report by Justice In Aging, a national organization that fights senior poverty through the judicial process.

Many older LGBTQ adults are estranged from their family members, and therefore must rely solely on contracted caregivers. Without family support, they are more likely to delay obtaining healthcare, according to the Williams Institute at the UCLA School of Law — a think tank dedicated to studying issues of gender identity and sexual orientation.

SAGE, an advocacy organization based in New York City, has launched a training program for retirement communities around the country aiming to create more understanding for this marginalized group. Its program addresses the specific difficulties LGBTQ older adults face, including abuse, neglect and hurtful comments.

“Most people work with older adults because they have a caring orientation,” said Tim Johnston, director of national projects at SAGE. “We are giving them the tools they need to help older adults feel more comfortable.”

SAGECare training targets the staff and administrators of assisted living facilities with online and in-person education about the needs and concerns of LGBTQ older adults.

SAGE shares the history of LGBTQ discrimination and invites advocates in the area to personalize this issue with stories about their own experiences. The training is only one hour per year for staff, and four hours every three years for managers and executives.

A former volunteer with SAGE, Smith visited retirement communities to share her own experiences with discrimination. “If you tell your story and you tell your truth,” she said, “it can never be denied from you.”

The Baltimore area is among those learning from SAGECare. The Edward A. Myerberg Center, a community center for older adults in Baltimore, received a bronze certification in 2017. That means that 25% of its employees have received the training.

Nikki Barr, center director for Myerberg, described it as an “educational opportunity” that they embarked on “so we would know how to communicate in a respectful way,” she said.

The Myerberg Center is now attempting to expand on its SAGECare training. Barr hopes to hold events with LGBTQ speakers in the future to demonstrate that the center is “a warm and welcoming place.”

The D.C. area is also taking advantage of SAGECare. Recently, Ingleside, a retirement community located in D.C., Lake Ridge, Virginia, and Rockville, Maryland, received a platinum cultural competency credential, which is the highest level of certification. That means that 80% of Ingleside’s employees and 80% of its administrators have completed the training.

The high credential “reaffirms Ingleside’s commitment to ensuring an inclusive environment,” Lynn O’Connor, president and chief executive officer of the retirement community, wrote in an email. “Each person has a unique story and life experiences.”

Imani Woody, former chair of SAGE for the D.C. area, started working on the project in 2012 to address the issue of LGBTQ discrimination in retirement homes. “I wanted to create a space for all [older adults] to feel comfortable being old,” Woody said.

Construction of Mary’s House is scheduled to begin in January with the 15 units available for lease by October. The project has already received over a million dollars in funding from the city.

What makes Mary’s House different from other LGBTQ communities across the country is its communal basis. Instead of individual kitchens in each of the 15 suites, there will be a single dining room for all. In addition, a walled garden will allow residents to grow flowers and food together.

Smith is excited that she will be able to live with her wife in the same unit at Mary’s House, which other retirement communities wouldn’t necessarily allow.

“People really don’t value what this could mean to our community yet,” Smith said. There’s a great need for communities like Mary’s House, she said. “This is just the first house,” she said. “We’re going to get 20.”

To learn more about SAGECare training for your retirement community, visit sageusa.care. For more information about Mary’s House, visit maryshousedc.org.