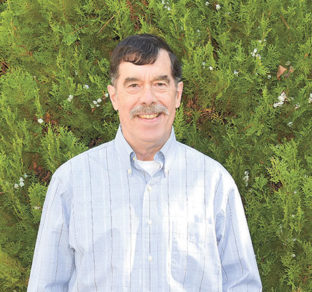 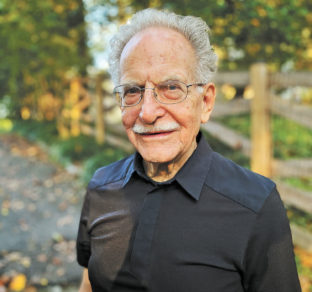 Bob Marques may be retired, but he’s no couch potato. His volunteer work has taken him to New Orleans after Hurricane Katrina, to Tennessee after deadly tornadoes, and most recently to the mountains of Honduras, where he helped administer medical care in a rural clinic.

For his lifelong commitment to helping others, the Gaithersburg resident received a Neal Potter Path of Achievement Award this year, along with Takoma Park resident Dr. Wolfgang Mergner.

Since 1998, Montgomery County, Maryland, has honored residents 60 and older with the Path of Achievement Awards. Later named in memory of former County Executive Neal Potter, the award honors those who serve as role models due to their lifelong commitment to volunteer work.

The awards are co-sponsored by the Beacon Newspapers and the Montgomery County Commission on Aging.

Think of any national emergency, and Bob Marques has probably helped out afterward. Marques, 71, has volunteered for decades in emergency disaster recovery, rebuilding communities and providing emergency care after hurricanes, floods and the like.

Even when there’s no natural disaster in sight, the now full-time volunteer maintains a packed schedule. Marques works for the county Community Emergency Response Team on Mondays, the park police on Tuesdays, the local volunteer fire department on Thursdays, and the Red Cross on Saturdays, making home safety inspections.

“I like to stay busy,” Marques said. “I get a lot of personal satisfaction out of it.”

Inspired by his Boy Scout leaders, many of whom were WWII veterans, Marques began volunteering as a child. After helping out with the Red Cross for years, he served on local citizens boards (at the request of none other than Neal Potter).

For each “deployment,” he had to use vacation and sick leave. He finally retired from the National Education Association’s Member Benefits Corporation at age 67 and picked up a few new volunteer gigs.

Marques has witnessed devastation and destruction first-hand in places like New Orleans and tornado-wracked Tennessee.

“The community is distressed, the people you’re dealing with are distressed, and you get distressed also,” he said, noting the lack of sleep on his rescue missions.

He attributes his ability to remain calm in emergencies to his first aid and FEMA training and years of experience.

“It’s not everybody’s cup of tea. I guess you have to be kind of laid back,” he admitted. But “I’ve got one hand at the end of this arm and one on the end of that arm, and if I can use them to help somebody else, then we’ll all benefit from it.”

Marques encourages everyone to try volunteering as a second career.

“What do you like to do? And can you use those skills in the capacity of a volunteer? There are organizations that are always looking for people,” he said.

“If you’re good at math, you could be a tutor. You could help non-English-speaking people learn English. There’s something out there for everybody. Go do it.”

An immigrant and advocate

Dr. Wolfgang Mergner, 74, has also been an active volunteer in Maryland nonprofits for decades. He spent the first seven years of his life in Tanzania as the son of a missionary. He remembers making house calls with his father, a doctor who ran a local hospital. “It was very good to see him give advice,” he said.

When the German government ordered his family to leave Africa due to war, he recalls a long train journey.

“It was hot, no food,” he said. “At 2:00 in the morning, there was a knock at the door. People brought us food. They skirted the guards to bring us food.” That moment of generosity “resonates” with him, he said.

Mergner, a lifelong skier, met his wife, Gertrude, after college, while teaching a skiing class. “I made sure I was in her group,” he said with a smile.

After a long career, Mergner spent five years at the Conflict Resolution Center of Montgomery County, where as co-president he helped families find peace.

Mergner retired in Takoma Park and soon realized that the city could do more for its older residents. So, he organized a public meeting for older adults to “tell us what they need,” he said. “When I think something should be done, I don’t give in.”

The ideas from that meeting of 70 adults led Mergner to establish the Village of Takoma Park in 2011, a group that helps residents age in place with friendly check-in calls, basic home repair, free rides to church and medical appointments, and even field trips to downtown museums.

“So many seniors are lonely,” he said. “This breaks up some of the loneliness.”

Mergner tries to spend only two years in each volunteer position. As he works, he creates a succession plan, identifying and training someone else to do his job before he leaves. “Organizations age if the leadership ages,” he said.

This year, he’s devising ways to reach out to the apartment-dwelling residents of Takoma Park to let them know how the Village of Takoma Park, where he served as president and now board member, can help them.

Recently, some village volunteers heard about residents who were struggling with hoarding and clutter. Mergner sought out training for his volunteers, who then helped a few older adults shed some of their possessions.

With his service, Mergner tries to set an example for his two grown children and five grown grandchildren, he said.

His own grandparents “didn’t age well,” he remembered; his grandmother had a stroke and grandfather died of cancer, “and my family had to take care of them.”

Most of all, though, he said, “What stays in my mind is people who need help.”

Mergner recalls one evening at the symphony several years ago. Before the performance, he felt a tap on his shoulder. Behind him was an older couple who had recognized him from a meeting. They thanked him and said, “Keep going.” And he does.

The virtual Montgomery Serves Awards ceremony, where these and other awards are given, may be viewed anytime on the Montgomery County Volunteer Center’s YouTube channel (youtube.com/user/mcvolunteers) or Facebook page (facebook.com/Montgomery CountyVolunteerCenter).