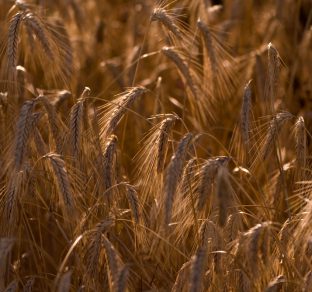 At first glance, whole grains like whole wheat, barley, quinoa and brown rice may not seem controversial, but misconceptions and half-truths abound, creating barriers to meeting the U.S. Dietary Guidelines recommendation to consume at least three servings of whole grains a day.

Here’s what we learned on the subject at the recent conference “Whole Grains: Breaking Barriers,” organized by Oldways, a Boston-based nonprofit food and nutrition organization:

Myth No. 1: Much of the wheat found in food products is genetically modified (GMO).

Fact: Not true. Despite what some popular, gluten-free diet books claim, there is no GMO wheat commercially available in the U.S.

Myth No. 2: Today’s wheat crops have been bred to contain more gluten than in the past.

Fact: Wrong again. The level of gluten in today’s wheat crops is similar to what it was in the 20th century. However, the average consumption of gluten-containing products has increased, as gluten is added as a thickener or stabilizing agent to a lot of processed foods — such as soy sauce, ketchup, spice mixes, processed meats and chicory coffee.

Myth No. 3: Eliminating gluten from your diet, including that found in whole wheat, is a great way to help you lose weight.

If you lose weight on a gluten-free diet, it’s most likely because you’re eating fewer calories as a result of the recommended dietary restrictions.

Myth No. 4: Gluten-free products are lower in calories.

Fact: If only! A lot of gluten-free products are actually higher in calories than gluten-containing products, because of the extra fat and sugar sometimes added to make up for the missing gluten — a protein that helps provide structure and body to baked products. Read labels.

Myth No. 6: Whole grains are bland and boring.

Fact: It’s not your mother’s whole grains you’re seeing on the shelves. The number of flavorful, light whole-grain products has grown exponentially over the last several years. The variety you’ll find in almost any supermarket is impressive, from whole-wheat pearl couscous and organic 7-grain pancake and waffle mix, to almond whole-grain bread and whole-grain waffles.

Myth No. 7: Whole grains are dense and heavy.

Fact: While some whole-grain products are much more dense than products made with processed white wheat flour, today there are many products made with whole-wheat white flour (from a different strain of wheat than most wheat products), which are much lighter in color and flavor than the whole grains of yesteryear, and still provide the health benefits of whole grains.

Myth No. 8: Whole grains take too long to cook.

Fact: Again, while traditional whole grains, like brown rice, take much longer to cook than their highly refined counterparts, many whole-grain products, such as multi-grain rices, brown rice and brown and wild rice mixes are now available that cook in a minute or two in the microwave.

Myth No. 9: All grains send blood sugar on a roller coaster ride of peaks and valleys, and have a negative effect on health.

Fact: It’s actually the opposite. Eating whole grains helps maintain lower blood sugar levels, and people who eat the most whole grains, whether they contain gluten or not, are less likely to develop type 2 diabetes.

Myth No. 10: Avoiding grains that contain gluten will lower your risk of several chronic diseases, including cardiovascular disease and type 2 diabetes.

Myth No. 11: All wheat, including whole wheat, is addictive and must be cut out of the diet in order to feel better and be healthy.

Fact: Not so. Wheat has no addictive properties. You may have read that researchers have identified a compound in wheat that can interact with opioid receptors in the brain, which is where addiction takes place. But the same compound is found in milk, rice and even spinach. And no one worries about becoming addicted to spinach!