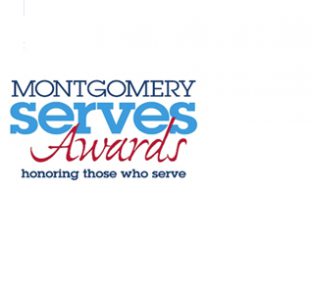 “Montgomery County is the very special place it is today in large part because many extraordinary public citizens work every day to make it special,” Leggett said in encouraging residents to submit nominations of individuals, businesses and community groups for the awards.

At the event, the following awards will be presented.

The Neal Potter Path of Achievement Awards. Two residents 60 and above, whose accomplishments, enthusiasm and lifelong commitment to volunteer service make them outstanding role models, will be selected based on contributions made over a lifetime of volunteer service. The award is named in memory of former county councilmember, county executive, and longtime civic activist Neal Potter.

Nominees must live, work or serve in Montgomery County, and have performed service outside of the nominee’s paid employment. These particular awards recognize volunteer service, rather than philanthropy.

Nominations will be accepted for both awards until 5 p.m. on Friday, Feb. 24. Additional information, along with nomination forms, may be found at www.montgomeryserves.org.

Roscoe R. Nix Distinguished Community Leadership Awards. In addition to these awards, selected on the basis of nominations from the public, Leggett will present his selections of this year’s Roscoe R. Nix Distinguished Community Leadership Awards. This prestigious honor was established to honor Roscoe Nix, who died in 2012 after a half century of service to Montgomery County, including serving as president of the county’s NAACP chapter and member of the county’s board of education.

To nominate a volunteer online, go to http://bit.ly/path_of_achievement. For more information, email serviceawards@montgomerycountymd.gov or call (240) 777-2600.