Our region is filled with outdoor wonders 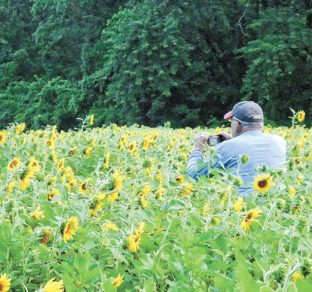 During the coronavirus pandemic’s quarantine and era of social distancing, many of us are finding comfort in nature.

Spending time outdoors can lower stress, boost the immune system and enhance our well-being. As Henry David Thoreau wrote, “We can never have enough of nature.”

The D.C. region has many parks, gardens and other places to enjoy the area’s natural biodiversity while staying safe. Some are well known; others are a bit off the beaten path.

The Potomac and Anacostia Rivers and two different geological regions, called the Piedmont province and the Coastal Plain province, “help make our striking capital city an urban ark for varied flora and fauna,” according to Howard Youth’s Field Guide to the Natural World of Washington, D.C.

Here are some spots you might want to explore safely this fall:

Rock Creek Park
President John Quincy Adams took brief respites from politics in this national park, calling it “a romantic glen.” In the park’s 2,100 acres in the District and 4,400 acres in Maryland, you can glimpse turtles, birds, chipmunks, deer, squirrels and foxes.

Many unmarked trails off 16th Street NW provide access to the park — and the opportunity for a quiet walk in the woods, a practice the Japanese call “forest bathing.”

Anacostia Park
Along the east side of the Anacostia River are 1,200 acres of parkland larger than New York City’s Central Park. Walkers and bikers can take in 11 miles of shoreline along the Riverwalk Trail and look for bald eagles, waterfowl, turtles and maybe even a muskrat.

In Anacostia Park, you’ll also find the country’s only national park devoted to cultivated water plants, Kenilworth Aquatic Gardens. In summer and early fall, its 45 ponds burst with water lilies and lotuses, including the impressive Great Victoria Amazonia water lily. When its round, platter-like leaves, some six feet in diameter, open, the blossoms smell like pineapples.

On footpaths and a boardwalk, visitors can see beavers, frogs, toads, fish, turtles, dragonflies and birds. Kenilworth Aquatic Gardens reopened to the public in late June.

Potomac Gorge
Near McLean, Virginia, the Potomac River drops 150 feet, rushes through a narrow gorge and over a series of bedrock terraces to become the Great Falls of the Potomac, part of the 15-mile Potomac Gorge.

The gorge has one of the highest concentrations of rare species and natural communities in the mid-Atlantic region. Accessible from several trails, it is one of the most biologically significant natural areas in the eastern United States and in the national park system.

Lifelong naturalist Teddy Roosevelt is memorialized in a 17-foot statue on the island, which was the site of a camp for formerly enslaved people during the Civil War. Operated by the National Park Service, the island remains open to the public during the pandemic.

Visitors can explore the marsh and woodlands by trail, boardwalk or on a canoe rented from the nearby marina. By adding it to the national park system in 1959, Congress directed that “fish and wildlife development and their preservation as wetland wildlife habitat shall be paramount.”

Visitors can see beaver lodges and dams from the boardwalk and observation tower, ramble along the woodsy trail, and explore the visitor center.

The refuge was established in 1969 to protect the bald eagle, the first of its kind created to protect the then-endangered bird. Eagle numbers have rebounded with 27 nests in 2020, and up to 60 of them, along with tundra swans, typically winter on Mason Neck. The refuge also has one of the largest heron rookeries in the mid-Atlantic.

Jug Bay Wetlands Sanctuary
On the southern Patuxent River, 20 miles of trails slice through the woods leading to a freshwater tidal marsh. On a boardwalk, visitors can spot turtles, beavers, foxes, frogs, otters, water birds like the long-legged great blue heron, and other aquatic life.

Birdwatchers have spotted at least 250 species in the mixed hardwood forests, meadows, pine barrens and wetlands.

McKee-Beshers Wildlife Management Area
McKee-Beshers in Poolesville, Maryland, is best known for its sunflowers. But visitors can also explore its 2,000 acres of forests, fields and manmade wetland impoundments to see turkeys, deer, waterfowl, reptiles, amphibians and more than 200 species of birds.

Adjacent to the area is a portion of the C&O Canal towpath, which stretches from downtown D.C. to Cumberland, Md.

Patuxent Wildlife Research Refuge
Although research is the focus at this refuge, visitors can explore 20 miles of public roads and trails here. The refuge has forests and an oak-pine savannah, a habitat unique to the mid-Atlantic. Lucky observers might see a brilliant red scarlet tanager or an eastern red bat.