Planning for that future trip — eventually 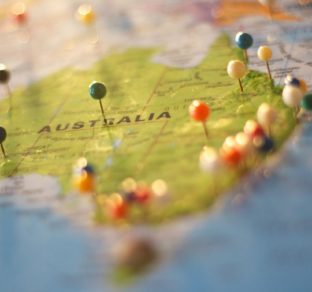 Travel may be the last thing on your mind right now, but you aren’t going to stay home forever. So, the current lull might be a good time to think about what you plan to do when the world starts up again.

I’ve been scouring the news sources and blogosphere for suggestions, and although some predictions vary wildly, a few major developments seem to be inevitable.

Overall, nobody believes that normality will return quickly. No matter how hard they try, the folks who run large airlines, hotel chains and cruise lines can’t get their operations from the current 0% or 10% back to 100% overnight, or even in just a few weeks.

Some folks are predicting that a full return won’t happen until sometime next year — even late next year. And all the suppliers will obviously gear their start-up strategies toward maximizing immediate cash flows. Many businesses and consumers will be strapped for cash.

Airlines. The big immediate news is that, on April 3, the Department of Transportation issued an Enforcement Notice firmly reminding airlines that DOT means what its rules say: If you cancel a flight, ticketed passengers get a refund. And future flight credit doesn’t count — we say cash, and we mean cash.

It’s far too early to assess the extent to which airlines will comply, but my guess is that they will. And if they really want to keep your money rather than refund it, they may well try to sweeten the credit or voucher offer by upping the value from what you paid to, say, 110% or even 125% of what you paid. Several lines outside the U.S. have already done this. If the idea appeals, look for notices from your airline(s).

Looking ahead to late fall, I found that published nonrefundable airfares are remarkably low. Presumably, airlines — desperately in need of cash flow — are willing to give you a good deal for later if you pay them now.

But as for when flights actually resume, travel blog writers are split: Some say fares will be high to cash in on high demand and limited supply. Others note that in past recoveries, airlines have offered enticing deals. Your guess is as good as mine.

In either event, airlines will give priority to re-starting routes with a high percentage of high-revenue business travelers. New York, Chicago and San Francisco flights will resume more quickly than Orlando and Las Vegas flights.

Industry mavens suggest that some lines will go bankrupt before they can recover. That may be so, but the bright side is that if any of the large lines actually do go bankrupt, someone will take it over and continue to run it. Current stockholders will take a bath, but the line will go on.

Hotels. The pattern of fall hotel prices I checked is dramatically different from airfares: Fall rates are currently surprisingly high.

That’s probably because, unlike the airline case, when you make a typical reservation, you don’t pay the hotel before you stay there. So, hotels currently have no incentive to cut future rates.

But my take is that once the recovery begins, you’ll see some good deals. You might gamble on a really great nonrefundable rate you see now, but otherwise just keep looking and don’t book until you see a deal you like.

I would expect to see some excellent offers in the next few months. But be careful: Cruise lines are remarkably recalcitrant to offer cash refunds, so don’t fall for any enticing offer that doesn’t include a cash refund if the cruise can’t operate. Once a cruise line has your deposit, you’ll have a really tough time getting any of it back.

Other suppliers. The pandemic is taking a huge toll on other suppliers to travelers — especially local, independent restaurants. You won’t see all the same faces when you return to a popular destination.

But the big attractions will be back. Just keep watching for developments.