Retired? Good luck getting a mortgage 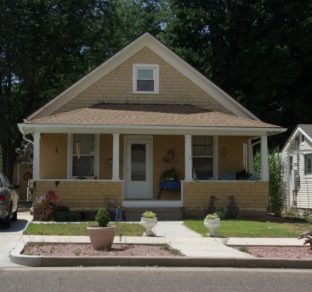 Just before James Heath (name changed for privacy) retired, he began the search for the home where he hoped to spend his senior years.

Heath, 70, certainly had the means to make the transition. He spent the last 30-some years living in his existing home, a 5,200-square-foot property situated on two acres outside Denver. Throughout his career as a physician, Heath had also accumulated a sizable nest egg and had a high credit score.

But what he wasn’t ready for was the challenge of securing a 20-year mortgage of $225,000 at a good interest rate. It was a process that would drag out much longer than he anticipated — in spite of his stellar financial circumstances.

“I knew that once I retired, I’d have little income,” Heath said. “But I thought, ‘I’m looking for so little money, and I’m going to sell another home. The bank knows jolly well that my money is secure.’ I figured, ‘There isn’t an issue here.’ But I was wrong.”

Heath’s challenge of securing a mortgage in retirement is, unfortunately, not uncommon among individuals in their 60s, 70s and 80s — no matter how much their financial portfolio and assets are worth.

The Equal Opportunity Credit Act technically prohibits lenders from discriminating against borrowers due to their age. However, obtaining a mortgage when you’re older is often fraught with unexpected pains — including mountains of documentation, questions about income and repayment, and potential second-guessing on the part of the underwriter.

While securing a mortgage is never easy, regardless of your age, Heath’s tale serves as an important lesson if you’re trying to buy a home in retirement.

A HELOC for a backup

Heath believed he had such a great relationship with the financial advisers at his bank that he wouldn’t run into many hurdles in securing his mortgage. In late September 2019, when he contacted his loan officer to talk about securing his mortgage to close on the home by Nov. 1, the representative told him that wouldn’t be a problem.

However, because he already had a home equity line of credit (HELOC) for $500,000, the bank kept urging him to use that instead to ensure he could close on time.

“I got the HELOC because I wanted to make sure I had a cushion in case I needed money quickly,” he recalled. “But the catch with my HELOC is that the interest rate…is about twice the interest rate of the mortgage,” he said.

That was only the beginning.

After filing the initial mortgage paperwork with the bank, Heath was soon inundated with requests for information. The bank not only wanted to know the status of his checking and savings accounts, investment funds and Social Security withdrawals, but also the reason for every single transfer over $1,000. If he took money from a family trust, the bank required that he provide a note and backup documentation to validate the transaction as legitimate.

It was a far cry from the experience he’d had 30 years earlier, when he obtained a mortgage for his existing residence.

“I had to start tracking all of my money — how I got it, what I’m doing with it — because the bank wanted to see everything,” he explained. “They wanted all documents for any deposits, including a personal loan from a relative. And they wanted it quickly.”

In spite of all of the paperwork, Heath was told several weeks after applying that he didn’t qualify for a mortgage with his bank.

“And I said, ‘But I have this large portfolio of retirement funds and personal investments — what do you mean it doesn’t count?’” Heath said.

Eventually, he obtained an “exclusion” from the bank, which essentially stated, “You don’t meet the criteria, but our institution understands you have the resources to pay off your loan,” Heath said.

Fifteen minutes prior to closing, Heath received a text message from the bank to say the mortgage was approved, but it would take another day to pay out.

So, Heath had no choice but to leverage his HELOC — the backup line of credit he’d never intended to actually use — to buy the house.

Then, as the owner of two homes, Heath was forced back to the drawing board to reapply for a brand-new mortgage!

“[That] took a whole month out of my life — constantly finding paperwork, producing documents, driving back and forth, so it was extremely frustrating when I had to do it again,” he said. “But I finally got a fixed mortgage secured on January 27.”

Heath said that while there’s little he could have done differently, he wished he’d realized that getting a mortgage with little earned income would be difficult. His advice to others: