Seek, but shall ye find? 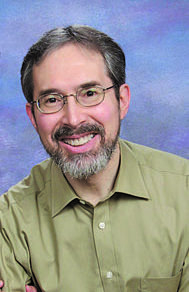 First, I want to start out by admitting I am guilty of the very pet peeve I want to share today. I’m speaking about the classic error of conducting a survey that’s mis-aimed from the outset. The Beacon did such a survey of readers more than 15 years ago.

Long-time readers will recall our publication was named “Senior Beacon” at its inception in 1988. In the early 2000s, we decided that the time had come to drop the term “senior” from our name because we found many adults in their 40s, 50s and 60s who would have found our publication helpful were reluctant to pick up anything with that label in the title.

So, we ran a full-page survey one month telling readers we were conducting a contest for a new name and asking for their vote on several possibilities, as well as their own suggestions. We explained the reason was to help our publication appeal to a larger pool of readers who might object to being labeled “senior.”

We had a solid response to the survey. Many voted for one or more of the suggestions we offered (my personal favorite was “Healthy, Wealthy and Wise”), and a surprising number proffered their own new name (ranging from serious proposals to tongue in cheek names like “Geezer Gazette”).

But to our surprise and shame, the vast majority voted to retain the name “Senior Beacon,” a number of them taking umbrage at the thought that we would even consider changing our name to appease a younger generation.

That’s when it hit us that we were surveying entirely the wrong audience. If we were concerned that people “out there” were not picking up the Beacon because the name “senior” put them off, when why were we asking the readers who very happily picked up the Beacon every month what we should change our name to?

It was non-readers we needed to survey. Duh!

In our defense, I will say that we surveyed the audience that we had, not the audience we didn’t have. That was the easiest thing to do, of course, even though in retrospect it made no sense.

So that brings me to two recent examples of organizations who should know better doing exactly the same thing.

First, a national membership organization of people over 50 conducts a periodic survey to determined how many of its members are comfortable with using technology. One of the chief goals of these surveys is to show the rest of the world (and potential business partners and advertisers) that people over 50 are “tech-savvy.”

The organization crowed in a press release about the most recent results, as their survey “found that 83% use mobile phones, for instance. And more than half (52%) own a tablet. According to the survey, older adults are adopting devices such as smartphones, wearables, home assistants/smart speakers and smart-home technology at nearly the same rate as adults ages 18 to 49.”

All well and good, until you go to the actual report and read the fine print on “methodology.” Turns out, the entire survey was only done online and took approximately 15 minutes on average to complete.

If you’re trying to find tech-savvy people, it makes sense to look online. But if you’re truly trying to learn what percent of  Americans over 50 are comfortable using technology, I think you’d get a truer picture if you also surveyed people who never or seldom go online, who would be unlikely to learn about a survey done online, or would not be comfortable filling out a 15-minute survey online.

By omitting all those people from the survey base, they certainly got the results they wanted, but they are hardly representative.

A similar error was made, in my opinion, by a county government that had been discouraged to hear time and again that many older residents were not at all aware of the useful services the county offered.

The county wanted to know what additional services such people might need, and most of all, how to better convey to them and their families what the government could do for them.

So, they developed a 111-item survey asking about every possible aspect of life where older adults might be having issues or concerns that government could help with. Then they posted the survey online and allowed three weeks for people to reply.

When it was brought to their attention that people who would learn of and complete the survey online were probably the folks who already knew exactly how to find out the information they need, they said they were also going to have printed versions of the survey available at all their senior centers and libraries.

When it was pointed out that people who already frequent senior centers and libraries also probably know that the government offers such services, they said they are also going to do focus groups.

What can I say? In all of these cases, surveyors have their heart in the right place, but due either to limited budgets or limited imaginations go to exactly the wrong place to find out what they say they want to know.

I don’t have any easy answers. To really reach the people who are most cut-off from the internet and government services, you probably would have to go door-to-door, and work with the nonprofits and religious institutions that feed and care for the neediest.

That takes time, effort and money. It’s certainly easier to post a survey online, which has the added benefit in most cases of showing that you really don’t have to do that much more than you’re already doing.

That said, the Beacon is still interested in finding out what our current readers think and want. So, it is no mistake that we are printing a one-page survey form in this issue. It’s meant for you!

We would greatly appreciate your taking a few minutes to fill it out and send it back to us. For those comfortable with internet surveys, you may also fill it out online at this address: bit.ly/tbns2020.

As an incentive, we will be holding a random survey of all entries for a cash drawing of $200.

Many thanks for reading the Beacon, for enduring my tirades, and for helping us with our survey.

2020
From the Publisher Archive