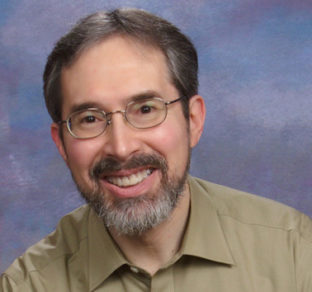 I’ve never been one to keep a daily journal or diary. I do find myself wishing sometimes that I had done so in the past, but not enough to get myself to start keeping one now.

However, there have been a few days in my life when I have had such a meaningful (or traumatic) experience that I feel compelled to write down what happened and how I felt.

The other day, I was looking for a folder on my computer and came across one I had labeled “Memorable Experiences.” I opened it up, and there was one document there. It read more or less as follows:

I had an appointment at the Smithsonian office on the National Mall, but since the Red Line is being repaired and several metro stations are closed down, I had to change trains twice to get there.

First, I took the Red Line to Fort Totten. When we arrived at that station, the driver announced that the train terminated there. As I was getting off the train to make my first transfer, an older man with a suitcase was confused. Why was the train stopping here? Should he wait on the platform to catch the next train?

No, this train no longer continues downtown, I told him. You have to switch to another train and change to another after that to get back to the Red Line.

Not only did he not have any idea how to do that, he was looking for an elevator, since he had great difficulty walking. (It turned out the spinner suitcase he pushed was actually his “cane,” as he told me later. He needed it to stay upright and walk.)

So, I said I would show him how to get back to the Red Line by changing to the Green Line and then again to the Orange/Blue Line.

But as I started to walk with him, not knowing where to find the elevator for him, I suddenly saw a uniformed Metro employee just ahead of us and asked if he could help.

The two of them began talking, and it turned out the gentleman needed to get to Virginia, which was not the route I was taking, so at that point I just walked away, saying to myself, “Well, I got him someone helpful, and he’ll be OK now.”

I was also in a bit of a hurry to make my appointment, and seeing how slowly he walked, I was concerned that if I accompanied him for the rest of his journey, I might be late to my appointment. Still, I was feeling a little bad that I left him.

Fast forward about two hours. My meeting at the Smithsonian ended. I sat on a park bench and ate my lunch. Then I headed back on my three-train odyssey to get home.

I arrived at the Fort Totten station (this time on the lower level), and as I walked towards the staircase at the far end of the platform, I found myself walking right behind the SAME gentleman with the suitcase (apparently returning from his errand as well)!

I greeted him and asked how he was. And he said, very matter-of-factly, as he did earlier that day, “I need an elevator, and I don’t know where it is.” I pointed out that there was an escalator right in front of us, but he said he was afraid to take it, given his gait.

I said I would take his suitcase on the escalator for him, so he could just hold onto the side, but he was still afraid to take that first step onto the escalator. I was carrying my jacket and a briefcase and didn’t have another free hand.

Just then, a younger man came up and asked if we needed help. I said yes. He took the gentleman’s arm, and we gently guided him onto the escalator.

As we got off that escalator, I pointed out we needed to go up yet another one, and the younger man said to me, “You take the suitcase, and I’ll hold his arm.” And we successfully got him up to the train on the upper level.

I was so happy that God gave me a second chance to do the good deed I had rather cavalierly jettisoned a couple of hours earlier. It was totally amazing to me that twice in the same day, at the same station, both going and coming back, I found myself at the arm of the same man in need of help. What a blessing! What a day!

I share this with you now, although it happened two years ago and I had nearly forgotten about it, because I feel our current times have, in some ways, given us fewer opportunities to help others, but in other ways, given us more of them.

We don’t just “run into” people anymore (or if we do, we must be careful to remain socially distant and masked), making “random acts of kindness,” such as holding the door for someone, feel downright unpatriotic.

But if we think about it, we probably know people in our neighborhood who live alone or for other reasons might be having a particularly difficult time of it in this pandemic. If we know their name, hopefully we can pick up the phone and call them.

Sometimes just the conversation alone can make a difference for someone, and sometimes they really could use something from the store.

A Beacon reader sent us a poignant letter recently that offers another opportunity.

You see, she moved to Baltimore recently from another state, and said, “You have no idea how hard it is to get connected” with people who grew up there.

The reason? Baltimoreans are so close with their fellow locals, particularly the ones they grew up with, that she couldn’t break in socially.

This seems to be true especially among people her age. “Seniors talk about high school and friends they have had since they were born,” she wrote.

What’s an out-of-stater to do? The writer asks our help. Can we help her find other people who have moved to Baltimore and didn’t have the good fortune to grow up there?

What do you say? Are there any readers out there who can identify with our letter writer and would like to meet others too? Or even any long-time “Baltimoreans” who are willing to let a stranger into their friendship circle?

This might just be your opportunity of the day. Please email info@thebeaconnewspapers.com (subject line: Friendship offer) with your name and phone number if you would like to be put in touch.

Thank you, and stay well.

2020
From the Publisher Archive