Sex, drugs and HIV after 50 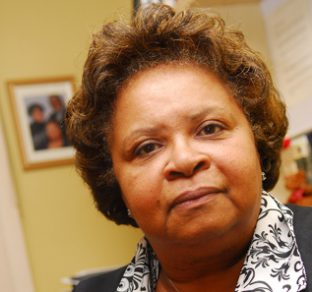 Diagnosed with HIV 25 years ago, the gay District of Columbia resident expected to die of AIDS long ago. But the advent of antiretroviral medications has kept the disease at bay.

Ann Jones, 53, found out she was HIV positive just last February. Jones (not her real name), a resident of Landover, Md., discovered a former boyfriend had been infected with the virus only after he died. For a long time, she was so shocked and ashamed about being HIV positive that she told no one about her diagnosis.

Jones and Swanda represent two sides of the growing population of older adults with HIV and AIDS. Some have grown old with the disease they acquired while they were young adults, while others are becoming infected at an age when many healthcare practitioners don’t even recommend using condoms, much less suggest HIV testing.

HIV is most commonly spread by having unprotected sex with others who have the virus, or sharing needles for drug use with infected persons. The days when hospital patients contracted the virus through blood transfusions are mostly over, as today’s blood supply is carefully screened.

Perhaps most surprisingly, in D.C., Maryland and Virginia the highest proportion of HIV and AIDS cases is found among residents in their 40s and 50s. For example, while 3.6 percent of those ages 30 to 39 in the District of Columbia are living with HIV or AIDS, that rate soars to 7.6 percent of those 40 to 49 and 5.9 percent of those 50 to 59.

While the rates of the disease are far lower in Maryland, the proportion of older adults diagnosed with the disease is even higher and has been steadily climbing: In 1998, those ages 50 to 59 made up 8.9 percent of the total number of Marylanders diagnosed that year. In 2008, it was 15.7 percent. Similarly, the percent rose from 2.6 to 6.7 percent for those over age 60 in the same time period.

According to experts at Yale Medical School, half of all those living with HIV in the United States will be 50 or older by 2017.

The good news amidst all the statistics is that if HIV is diagnosed early enough, “there is absolutely a normal life expectancy,” said Dr. Lisa Fitzpatrick, a Howard University associate professor of medicine who specializes in HIV.

“But if you’re not finding them early in the disease, they may never recover so their immune system can function. We see a lot more of that with older patients just because they’re diagnosed later. Older people may already have some challenges with their immunity, and this would just compound that,” Fitzpatrick said.

That’s what Carolyn Massey, an HIV patient and activist from Laurel, Md., discovered. “People with HIV tend to present as much older than they are, so they’re experiencing things that folks 10 or 12 years older are experiencing. I’m 54, but they tell me my physical age is around 68,” she said.

Massey was infected by a boyfriend who had already been diagnosed with HIV but did not tell her. She was diagnosed 17 years ago, the same year her brother died of complications of AIDS.

Massey now works to increase awareness of HIV in a number of ways: She is a member of the Anne Arundel County HIV Commission, directs HIV education efforts as part of Positive Impact Ministries with the New Samaritan Baptist Church in Washington, D.C., and helps organize conferences, such as the annual Legends and Young’uns intergenerational conference on HIV in Baltimore.

Bringing up the subject of HIV within the church has been challenging, Massey said.

“I have had to get the blessing [to do the education program] from layers of leadership of the church. I am fighting this practically one heart and one mind at a time,” she said.

But Massey knew she was successful when one Sunday the church’s bishop took a rapid HIV test (which involves swabbing the inside of a cheek) right at the pulpit.

“HIV is a preventable disease. It bothers me that there is still such a stigma attached to it. It bothers me, also, that ageism issues prevent clinicians many times from even talking about sexual behavior with older people,” she said.

Jane Fowler feels the same way. She founded the national group HIV Wisdom for Older Women to help steer more attention to prevention in older adults. Fowler, who is 75, was diagnosed at age 50.

“It was to put an old, wrinkled face on the epidemic that I began to speak out in 1995. I chose to tell my story because this virus can be contracted by anyone at any age,” she said at the White House’s Aging and HIV Conference last October.

“Those of us aging with HIV face a double stigma — that of contracting it through sex or drug use and that of ageism. After all, the thinking is that grandma or grandpa shouldn’t be out there screwing or shooting up.

“Because of the stigma, many live in isolation, fearful to admit even to family members about their disease,” Fowler said.

Fitzpatrick talked about an older patient who has not told her daughters about her diagnosis.

“I could never understand why she got her meds wrong,” Fitzpatrick said about the patient. “I would explain it to her in great detail. It turns out she’s hiding to take her medicine. That’s extremely common,” she said.

For Ann Jones, getting her diagnosis “has changed my whole perception of life. I’m angry. I did not expect this. I was, like, no way this can be happening to me. No way I’m going to let anyone know.”

Jones cares for both her mother, who is in a wheelchair, and her brother, who is dying of bone cancer. “I’m so stressed out. If I’m sick, I can’t help anyone,” she worried.

Fitzpatrick feels doctors need to be much more proactive in educating their older patients.

“I have a patient, a 73-year-old gentleman, and one of his first questions was, ‘how did I get this?’ It’s just a lack of education and awareness about HIV,” she said. “It’s interesting that providers will be giving out Viagra, but they are reluctant to talk about sexual health.”

In 2010, the Centers for Disease Control updated its guidelines for who should be tested for HIV, expanding it from traditional high risk groups to everyone ages 13 to 64. Fitzpatrick said she is flabbergasted that there is an upper age limit.

“It’s as if they think everyone stops having sex at age 64,” she said.

But some progress is being made on broaching the subject. Last year, both the White House and a coalition of local District of Columbia groups held their first conferences focusing on HIV and aging.

And last fall, a storyline on the popular ABC drama “Brothers & Sisters” revolved around a major character in his 70s getting tested for and diagnosed with HIV after discovering a partner from long ago was positive.

These are all steps in the right direction, said Ron Swanda. “We need to have an HIV prevention program for seniors. They are the only population without one in D.C. I was shocked there was absolutely no information about HIV and no condoms in senior centers,” he said.

Swanda helped organize last year’s daylong workshop on HIV/AIDS and aging in Washington, D.C., sponsored by a number of organizations, including the D.C. Office on Aging. Many recommendations were made as a result of the meeting, and Swanda hopes to see them enacted.

These include developing HIV materials that depict older heterosexual adults and distributing them through governmental and non-governamental agencies, as well as improving data reporting systems for new HIV infections to more accurately measure how many older adults are being diagnosed.

Over the last 25 years, Swanda has swung from despair to cautious optimism over not just his own prognosis, but that of other older adults with the disease as well.

“When you first get the diagnosis, you’re shocked, you’re dismayed, you’re saddened because you think it’s a death sentence. I never expected to live this long, that’s for sure,” he said.

“But today my life is no different because I’m HIV positive. I’m encouraged because at last we’re getting attention on this important issue.”

These resources can provide information on HIV and support for older patients: