Should you move or stay once retired? 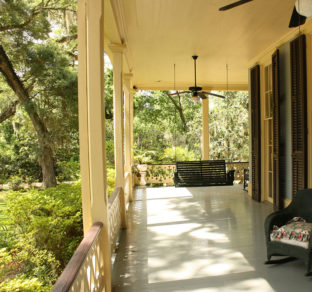 Now that I’m retired, people often ask me if I’m planning to move. The short answer: Not anytime soon. My husband and I live in a location that’s easily accessible to activities, friends and family members, both near and far. Our house is large enough to accommodate out-of-town guests but not so big that we rattle around in it. Our mortgage is paid off, and I don’t have a burning desire to live anywhere else — at least for now.

That makes me pretty typical of retirees, according to a study by Age Wave and Bank of America Merrill Lynch. Their research shows that 36% of retirees do not anticipate moving in retirement. But more than one-third (37%) of retirees have moved, and 27% expect to move at some point.

Among those who have relocated, about half downsized. But a surprising 30% moved up to a larger home. “That stunned us,” said Ken Dychtwald, CEO of Age Wave. Those who upsized “wanted a house where they could add an office or where grandchildren could come and spend the summer.”

Respondents in the Age Wave study said their primary reason for moving was to “be closer to family.” But no single reason — and no single destination — makes sense for everyone.

“Decades ago, people thought of relocating to places where they vacationed, such as Phoenix and Miami,” Dychtwald said. “Now, they look for somewhere that’s stimulating, has access to excellent healthcare and a community of folks to interact with.”

Before you make a move, make sure that you and your spouse agree on the destination. It’s not uncommon for one of you to dream of being closer to the grandkids while the other prefers to bask in a warmer clime. Ask yourself if you’d still be happy if the temperature soared or the grandkids didn’t visit often.

And consider your finances. If you’re hoping to unlock your home equity, Fidelity estimates that transaction and moving costs can eat up as much as 13% of the sale price of your home. “Do your homework and learn from the successes and failures of others,” Dychtwald said.

A good place to start is with the experience of Kiplinger’s readers such as Mark and Sharon Koenig. The Koenigs agreed on several criteria for a retirement location when they moved from South Carolina: a climate with less heat and humidity, a place their scattered kids would visit, proximity to a major airport and a community that would allow them to meet new friends.

They settled on an active living community near Denver, and “things couldn’t have worked out better for us,” Mark said.

A number of people turn into reverse snowbirds as they get older. After a “wonderful, 20-plus-year vacation in Florida,” Joe and Ginger Cissell said, they moved back to Wisconsin to “reconnect with old friends, be closer to the family we love and start a new adventure.”

Sometimes a retirement move hits a speed bump. Together with another couple, Tom and Gayle King bought a home in Belize. The other couple decided almost immediately that an ex-pat community wasn’t for them and returned home.

The Kings traveled back and forth for several years before selling the house and returning to New Mexico because, Tom said, “I didn’t have enough to keep me busy.” Before retiring overseas, he advises, “rent for at least one year, or one season, to see if you like it.”

That’s good advice wherever you decide to go. And be prepared to adapt. One New Jersey couple, Nancy and Garry, had always planned to spend time at their Florida condo when Garry retired. But when the time came, it was hard for Nancy to step away from her volunteer activities, including a youth group and a basketball program.

The solution: During the couple’s initial 3½-month stay in Florida, Nancy returned home for a basketball fundraiser. And she is stepping up her volunteer time over the summer.

“The best thing is to talk it through,” she said. “I figured out a way to spend time with my husband in Florida and still get joy from my volunteer work.”