Some simple strategies for CD savers 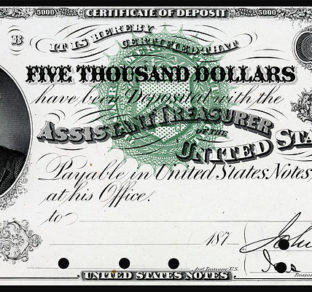 Since the Federal Reserve slashed the federal funds rate to near zero in March, yields on certificates of deposit, a federally insured savings account with fixed interest rates and fixed dates of withdrawal, have been tumbling.

“Unfortunately for savers, we will return to the ultra-low interest earnings that prevailed for years following the 2008 financial crisis,” said Greg McBride, of Bankrate.com. [For up-to-date information on CDs offering the highest rates, visit Bankrate.com and DepositAccounts.com.]

With most CDs, you’ll face a penalty if you pull out the funds before the CD matures, so they’re best for savings you won’t need for a while.

And when interest rates are scraping bottom, it’s often wise to focus on CDs with maturities of a couple years or less. That way, when yields rise again, your money isn’t trapped earning a low rate.

A CD ladder is another way to maintain flexibility: Spread your cash among CDs of varying maturities — say, of one, two, three, four and five years. Some of your savings will capture the higher rates that long-term CDs offer. Meanwhile, each time a CD matures, you could reinvest the cash or use it for other needs.

You can also hedge your bets by choosing long-term CDs with minimal early-withdrawal penalties. Five-year CDs from Ally Bank: 1.60% yield; Barclays: 1.85%; and Sallie Mae Bank: 1.70%, with a $2,500 minimum deposit, have relatively light penalties of no more than six months’ interest.

Or consider a no-penalty CD. Rates are usually lower than on standard CDs, but they sometimes offer better rates than online savings accounts. You can use them to squeeze out a little extra yield, said Ken Tumin, of DepositAccounts.com. For example, Ally’s 11-month no-penalty CD yields 1.55% on balances of at least $25,000, and the bank’s savings account yields 1.5%.

You could keep some of your savings in a no-penalty CD, then move it to the savings account fee-free if the money needs to be more accessible.