Thinking of retiring? Conduct a test-drive 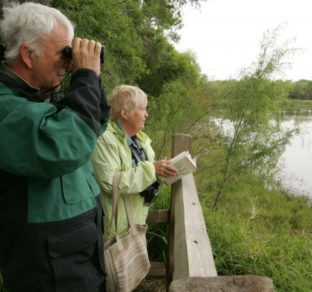 Bev Bachel, 62, is trying retirement on for size.

For years, Bachel, a freelance communications professional in Minneapolis, took on highly demanding contract jobs that typically lasted more than a year. She put in long hours, often managed other writers and had to be available for on-site meetings.

“A friend of mine said that when you’re self-employed, you never really retire. You just wake up and realize all your clients are gone,” she said.

“I thought, ‘Oh my God, I need to exert control instead of experiencing a slow decline into nothing.’”

So, two years ago, Bachel decided to cut down on big projects, travel extensively — including lengthy trips to Panama during the Minnesota winters — and take on work that she could do anywhere, anytime.

She also watched her savings decrease instead of increase. “I have 40 years of ingrained patterns and being rewarded for saving versus spending,” she said. “Now I have to make a mental shift.”

How to do it right

The idea of test-driving retirement — whether by cutting living expenses, staying for a few weeks at a potential retirement des­tination, or hanging out at home for a week without work — makes sense to a lot of people. But it’s not easy.

“Test-driving retirement gets more attention in the press than it does with clients,” said Mari Adam, president of Adam Financial Associates, in Boca Raton, Florida. “I’ve had people do it in bits and pieces.”

The classic way for a couple with two incomes to try out retirement is to start completely banking one income, Adam said. She advises them to practice living on that amount of money.

“People getting ready to retire often have no idea what they really spend,” Adam said. “They make up a number in their head.”

Figure out what you’re realistically going to have coming in and going out, including Social Security and withdrawals from a retirement account or pension.

For nearly two years, Fritz Gilbert and his wife, Jackie, lived on the income they expected to have in retirement. Gilbert retired on the young side, at 55, from his job as a global commodities trader in Atlanta. Jackie never worked outside the house, first raising their daughter, then caring for her mother, who suffered from Alzheimer’s.

“We increased our savings, basically getting our net take-home pay down to what we expected to live on in retirement,” said Gilbert, who writes the Retirement Manifesto blog.

And a year before retirement, the couple decided to “track every penny we spent to get a baseline spending level,” he said. “We’d never done that before, and it was a pain.”

Gilbert, who said he may be more farsighted than most, mapped out as best as possible what their spending — from healthcare to travel — would look like over the next 40 years, year by year.

He and his wife also practiced staying at home for about 10 days. “Everyone focuses on finances. But once that’s in place, the non-financial stuff is key to getting it right. The more we can do to think of the softer side of retirement, the better our retirement will be.”

Joe Casey, a managing partner for Retirement Wisdom, a retirement coaching service in Princeton, New Jersey, has advised several clients to try out retirement by taking one week of a month-long vacation to stay at home. “You need to slow down first,” Casey said. “People have to set their expectations properly for a test-drive.”

The idea isn’t just to plop down on the couch in front of the TV, but to start figuring out how to structure your days if you aren’t working full-time.

Of course, it’s only a week. But in that time, some of his clients have realized they want to pursue interests they currently don’t have time for, such as auditing classes.

And they all recognized that not working leaves far more time to exercise and take care of themselves. The retirement rehearsal, Casey said, helps his clients shift “from fearing to anticipation.”

Try out a new location

If your picture of retirement involves living somewhere warmer or quieter, don’t commit to moving without first staying in the area for longer than a few weeks — perhaps in an Airbnb, VRBO or other short-term rental.

Terry Feinberg and his wife, Carla Ruigh, learned that lesson the hard way. Both are 62 years old. She is retired from her job as a municipal employee; he is semiretired from a career in marketing.

They live in Gilroy, California, on two-and-a-half acres, and five years ago they faced a mini-disaster: The main water line from their well broke.

“We thought, ‘What happens when we get to the point where we’re no longer able, or want, to maintain this property?’” Feinberg said. “We decided we needed to think about an exit strategy.”

He and Ruigh love the desert and Southwest, so when he came across an ad for a brand-new 55-plus retirement community in Mesquite, Nevada, it seemed ideal.

They went out to look at the place “with zero intention of buying,” Feinberg said. But they really liked what they saw, and a few days later they were the proud owners of a brand-new house on a quarter-acre lot.

“I looked at historical weather data, but didn’t go deep enough into how it would affect our lifestyle,” Feinberg said. “It hit 110 degrees in June and didn’t drop till late September. Often it wasn’t below 90 at night.”

It was so hot during the day that they had to start their biking and tennis around 5 a.m. And it was too hot at night to use their nice backyard or patio.

Look into healthcare, too

The couple were also worried about their healthcare. Their HMO had recently changed its rules, and they could no longer use it after they moved to Nevada. Plus, they became concerned about the shortage of doctors in the Mesquite community and the lack of access to specialized care if they needed it.

So, they put their new home on the market, reached an agreement with their Gilroy tenants for them to move out, and moved back to California.

In the end, they came out fine financially, Feinberg said. But psychologically, the hard work of moving took its toll. They have no plans to move again in the foreseeable future.

“If I were to give advice to someone looking to make a significant geographic move, it would be to do it temporarily, if possible, so you can really understand what it’s like to live there,” he said. “Experience the weather and lifestyle before completely pulling up roots.”