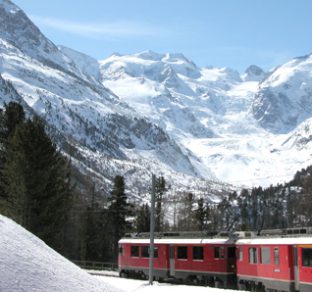 With the coldest months ahead, it’s a good time to take a look at important winter travel developments:

The biggest travel question this winter is a carryover from last spring, summer and fall: When will airlines finally be able to resume flying the Boeing 737 MAX?

Although new, the 737 MAX was already an important part of the fleets of many airlines, most notably American and Southwest in the U.S. and Norwegian for transatlantic service, when the grounding hit.

The good news is that everybody has pretty well decided what caused the two horrendous crashes. Boeing says it has the fixes in hand, and the plane will be ready by the end of the year.

But Southwest and United plan on resuming flights no earlier than late January, pending a combination of mechanical modifications and pilot re-training and qualification.

Norwegian could take even longer, because the Europeans have announced they won’t blindly accept FAA re-certification. My guess is that full-scale flights will start again no earlier than February.

A related question: Would you fly the recertified 737 MAX? Airlines are expecting that, at least for a while, lots of travelers would answer, “No.” They’re promising that anyone who booked a flight on a different plane that was subsequently switched to a MAX can rebook with no change penalty.

That shouldn’t happen very often. The airlines are pretty good about figuring out which plane they will use for each flight, and once set, changes are few. And they’re being really cautious about rescheduling the MAX until they’re sure.

With all the various uncertainties floating around, I expect to see some really great airfares and good hotel rates for winter travel to major cities — through mid-December and again after January 2.

If you’d like to visit a big North American city, Atlanta, New Orleans, Los Angeles, San Francisco and Vancouver are generally comfortable all winter. Boston, Chicago, New York, Toronto and other big centers present a rich menu of activities along with the ice and snow.

Don’t forget about Europe, either: You can expect some really good airfares. And winter weather in England, Italy and Spain is usually not bad. Of course, if you’re headed for a beach or ski destination, you can expect the usual high season prices.

When to buy tickets

United Airlines recently announced the results of mining its own fare data for a year:

These findings generally agree with other reports. My only disagreement is that waiting until about 30 days in advance is not a bad gamble; fares don’t go up much between 90 days and 30 days, and waiting may let you catch a great flash sale deal.

But don’t wait too long: Fares go up rapidly within 30 days of departure. I would also add George Hobica’s longstanding advice: “When you see a good deal, pounce.”

Also, if you have to book late and can’t find any good deals, check for air/hotel packages, which often include seat availability at reasonable fares when airlines say only the expensive seats are left.