To-dos and no-nos for your autumn yard 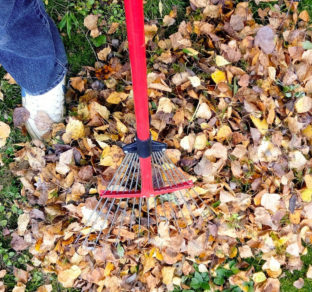 This fall, take a break from yard work — it’s better for birds, insects and animals.
PRINT

It’s hard for me to relax in my own back yard because I always see tidying to do.

In the late fall, however, I can relax a bit. That’s because it’s easier and more environmentally friendly to leave leaves and ignore the decaying stalks of herbaceous plants. Overwintering insects, birds and other creatures make use of what looks unkempt to our eyes.

If allowing the plants in your yard to decompose naturally bothers you (or your homeowners’ association), try the mullet approach: formal in the front (yard) and looser/longer in the back (yard).

Flowers and seedheads left in the garden provide free food for wildlife. Those plants that have gone to seed in the late summer or fall provide resources for our winged winter residents: cardinals, chickadees, and robins, for example.

A great plant to appeal to cardinals is echinacea/purple coneflower, notable for its bountiful seedheads.

In addition to enjoying berries such as those from the Easter red cedar, some birds also use shrubs and foliage as protection from both inclement weather and predators.

In addition, caterpillars of moths and butterflies may be attached to twigs and branches or nestled at the bases of herbaceous plants.

Caterpillars typically spend winter by themselves, but in some species, they overwinter in groups. The red-spotted purple, meadow fritillary and viceroy caterpillars hibernate among the vegetation, in seed pods, in silken nests and in rolled-up leaves.

While some caterpillars feed during mild spells, most cannot move during the winter; therefore, they are unable to escape pruners and shears.

Some butterflies, such as the cabbage white, sulphurs and members of the swallowtail family, overwinter in chrysalis form.

Luna moths and cecropia moths, which both have a wingspan up to seven inches in moth form, hibernate as cocoons. The pupa is encased in a silk cocoon that is attached lengthwise along a stem or branch of the host plant or nearby plant.

These may look unused if you find them, and are typically brown or green in color to be camouflaged within a tree or shrub.

Birds collect leftover plant fiber to build nests. Some of the more than 3,500 species of native bees hide away in the hollow stems of native flowers such as monarda (aka bee balm) or ornamental grasses.

Solitary bees, such as those commonly known as mason bees, overwinter in these cavities in an unanimated state known as diapause. Leaf cutter bees and wool carder bees are also cavity nesters.

Make use of fallen leaves

Why bag leaves and then buy bagged mulch? According to 2015 EPA data, yard trimmings, which include leaves, created about 34.7 million tons of waste, about 13% of all waste generated.

Leaves protect root systems, preserve moisture, suppress weeds and fertilize the soil as they break down.

The National Wildlife Federation (NWF) encourages homeowners to skip raking or blowing leaves entirely. According to the NWF, “A leaf layer several inches deep is actually a natural thing in any area where trees naturally grow.”

The organization also points out that box turtles, earthworms, chipmunks, insects and other creatures rely on the leaf layer ecosystem.

For example, some adult butterflies find a snug piece of bark or a dried leaf to nestle under until spring. These species have evolved the capability to produce an antifreeze that stops ice crystals from forming if temperatures are below 32°F.

Native ladybug beetles winter outside, under rocks, in hollow snags or under leaves. (Only the alien species get into our homes to overwinter as pests.)

On the lawn, you can use your composting mower setting. Alternatively, you can move the leaves off the grass by mowing or raking to another location for composting or place directly on top of planting beds.

A leaf shredder can work on larger leaves, such as oaks, that blow and take time to decompose.

But don’t leave all leaves

There are some places where leaves should not be left.

Remove them from storm drains, which they can clog, and from driveways, patios and pathways, where they can be slippery.

Also remove from wooden decks, where they can harbor moisture and cause rotting and staining.