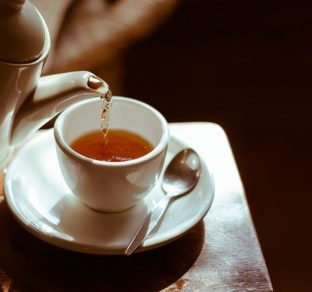 Brain food is very real, helping to shape your ability to remember simple things (well, allegedly simple things) like where you put your darn keys, as well as fighting serious memory-related disorders.

Here are four food tips that may help boost your brain:

Sip tea. Whether green or black, this brew is rich in micronutrients called polyphenols.

These compounds can travel into the areas of the brain involved in memory and learning, like the hippocampus. There, they scavenge free radicals, byproducts your body makes that cause brain cells to age faster, said Lisa Mosconi, Ph.D., associate director of the Alzheimer’s Prevention Clinic at Weill Cornell Medical College/New York-Presbyterian Hospital.

Researchers in Switzerland reported that brain scans of people who took a green tea extract showed increased connectivity between areas that control working memory (how we actively use and process information).

In another study, from the Journal of Nutrition, Health and Aging, regular tea drinkers had 50% lower odds of developing cognitive decline over the next three to five years than nondrinkers.

Plus, Johns Hopkins University research shows that caffeine can help transform short-term memories into long-term ones.

Get more vitamin D. Women face a heightened risk of cognitive decline with age, in part because estrogen decreases during menopause. This hormone dip is associated with memory fog.

Fortunately, vitamin D can exert an estrogen-like effect in the brain, Mosconi explained. That may be why Texas-based researchers found that falling short on vitamin D (as most of us are) was linked to a 25% increased risk of cognitive impairment in older adults.

Up your vitamin D with fortified dairy, fatty fish and certain mushrooms, including morel, oyster and maitake. And ask your doctor about a supplement to help you get to the recommended daily 600 to 800 IU (depending on age and gender).

Nosh on berries. Those gorgeous jewel tones found in blueberries, blackberries and raspberries come courtesy of anthocyanins — pigments that pack a serious memory-enhancing punch. Similar to tea’s polyphenols, these phytonutrients enter the brain and protect cells from damage.

Snacking on ½ cup of berries daily is associated with less cognitive decline over time, according to a study published in Annals of Neurology.

Slash sugar. Specifically, cut out the added kind, whether you’re mixing it in yourself or getting it from foods like baked goods or sweetened drinks.

In a study of more than 3,800 people published in Alzheimer’s & Dementia, those who consumed more sugary beverages not only had poorer recall compared with those who eschewed them, they also showed reduced overall brain volume, especially in the hippocampus. The impact on memory of just one to two sugary drinks daily was equivalent to nearly six years of brain aging.

Experts recommend capping your added sugar at 25 grams per day for women and 36 grams for men.