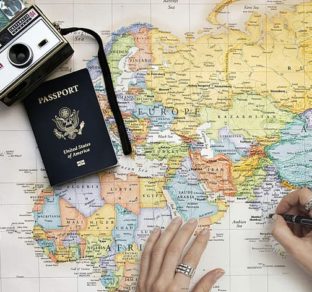 “I had to cancel my trip because of the virus, but my insurance wouldn’t cover my prepayment losses.”

This is a common complaint I’ve seen and heard, and I’m sympathetic to travelers who believe their insurance failed them.

That’s not exactly the case, however, and it brings up the question of just what you can expect from travel insurance now — and in the future.

The record of the current crisis is clear: Insurance sellers say that typical cancellation policies do not specifically list an “epidemic” or equivalent term as a “covered reason” to pay a cancellation claim, and that therefore the insurance is not obligated to pay.

Cancel for any reason

The only claims being paid for most virus-based cancellation claims are on “cancel for any reason” (CFAR) policies, which are not restricted to enumerated “covered reasons,” but which are more expensive and typically pay no more than 75% of insured losses.

Other travel writers and I have consistently urged travelers who want to cover cancellation losses to buy CFAR policies. I still do, but the COVID-19 pandemic changes the game.

It’s hard for me to imagine any insurance that could provide full cash recovery of all prepayments in future pandemics — or a recurrence of the current one — and still sell at a reasonable price.

Some of us occasionally forget the basic economic model of almost any kind of insurance: A lot of people pay a little money, which they never get back, into a pot that can pay a lot of money to a few people who encounter an insured contingency.

That works fine for occasional contingencies such as a house fire, a sudden medical problem, or death of a travel companion.

But it fails when the same widespread contingency causes a large percentage of the insureds to cancel, and those insureds all submit big-dollar cancellation claims.

To sell at reasonable rates, issuers of future policies will have to find a way to exclude claims for such far-reaching contingencies.

What constitutes a refund?

A related problem involves exceptions from recoverable expenses. Virtually all policies say that cancellation coverage will cover only those prepayments that you can’t first get refunded by the supplier: airline, hotel, cruise line, tour operator, whatever.

But many are not clear about whether a “refund” in the form of a credit toward future travel satisfies the requirement for a recovery from a supplier.

Some insurers say it does, others say it doesn’t, and many don’t specify. And many travelers don’t see a credit toward a future trip they’re unlikely to take as a satisfactory recovery.

If you’re considering a trip this year or next, most ordinary policies wouldn’t help you at all. Almost universally, they limit claims to “unforeseen” circumstances, and for the foreseeable future, nothing about the virus and its consequences can be considered “unforeseen.”

I still see a CFAR option available on many policies, but for a sample $4,200 in cancellation coverage for a couple ages 43 to 45 on a two-week trip, CFAR adds $100 to $200 to the cost. [Older travelers may encounter even higher costs.]

For the longer-term future, I expect to see changes to cancellation insurance:

— Typical policy fine print will specifically exclude destination “epidemic” and local responses to the epidemic, such as quarantines, from lists of “covered reasons.”

— Policy fine print will specify credit for future travel as satisfying the requirement for recovery from a supplier. Policies that call for suppliers to make cash refunds may still be available, but only as extra-cost options.

— Many insurers will either abandon the CFAR option entirely or raise its price well above current levels.

This is not to say that travel insurance will no longer be valuable or useful. It will still cover the usual contingencies that affect only a small minority of insured travelers.

But no insurer can sell policies that are likely to result in claims from a big percentage of buyers. The industry — and the travelers — will have to adjust to that new reality.

Send email to Ed Perkins at eperkins@mind.net or visit his website at railguru.com.