Use artificial sweeteners in moderation 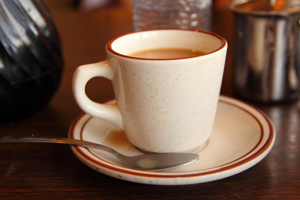 The label says, “no sugar added,” “sugar-free” or “diet.” So what makes the food or drink inside the package so sweet? Chances are it’s an artificial sweetener, a chemically processed sugar substitute.

Also known as non-nutritive, non-caloric or high-intensity sweeteners, these synthetic sweeties are hundreds or even thousands of times sweeter than table sugar.

Artificial sweeteners are not carbohydrates, so they don’t raise blood sugar levels. This makes them a good alternative to sugar for people with diabetes. They also don’t contribute to tooth decay and have virtually no calories, so they’re a popular option for weight loss.

As with any food additive, a company that wants to put an artificial sweetener in a food or drink has to get permission from the U.S. Food and Drug Administration. The FDA reviews all the scientific evidence provided by the company to make sure the product is safe.

Most testing is done on rats and mice, and the number of test subjects, the amount of the sweetener they are fed, and how long the study lasts can have a big impact on the outcomes. Not surprisingly, different studies show different results, which can create a lot of confusion for people.

Watchdog groups, such as the Center for Science in the Public Interest, rightly call attention to studies that raise concerns about safety, urging the FDA to review products as new information emerges. At this time, however, the National Cancer Institute says there’s no clear scientific evidence that any artificial sweeteners approved in the U.S. cause cancer.

The FDA does set Acceptable Daily Intakes, so (as with most things) moderation is key.

Artificial sweeteners can help cut calories or make it possible to have a sweet treat that doesn’t raise blood sugar, but don’t overdo it, and keep an eye out for new high-quality studies.

Safety: The FDA reports that more than 90 studies support the safety of Acesulfame-K. Watchdog groups are calling for new studies to answer questions about possible cancer risk and thyroid damage.

2. Advantame. Approved by the FDA in 2014 for use as a sweetener and flavor enhancer in foods, except meat and poultry.

Safety: Before approving advantame, the FDA reviewed 37 animal and human safety studies. They also looked at what happens to advantame in our bodies and whether it is likely to cause cancer.

Products: Equal, NutraSweet, Amino-Sweet, Sugar Twin. Used in powdered drink mixes, soft drinks, breakfast cereals and other dry packaged foods. Cannot be used in baked goods, because it breaks down at high temperatures. The only sweetener in Diet Coke and Diet Dr. Pepper.

Safety: According to the FDA, aspartame is one of the most exhaustively studied substances in the human food supply, with more than 100 studies supporting its safety. Watchdog groups, however, point to several studies that say it might increase cancer risk. Some people report headaches from aspartame.

4. Neotame (Newtame). FDA-approved, 2002. This chemical cousin of aspartame is not currently found in soft drinks and not used often in packaged foods because it doesn’t taste quite like sugar. It can be used in baked goods, but will most likely be mixed with another artificial sweetener or sugar to compensate for the taste.

Safety: In determining the safety of neotame, the FDA says it reviewed data from more than 113 animal and human studies designed to identify possible toxic effects. Watchdog groups say neotame appears safe, but caution that it has not been tested by independent researchers.

Products: Sweet and Low, Sweet Twin, Sweet ‘N Low, Necta Sweet. Approved for use in processed foods, beverages, fruit juice drinks, and bases or mixes, and as a sugar substitute for cooking or table use.

Safety: Studies showing saccharin caused cancer in rats nearly led to a ban in 1977. Thirty human studies have since found that saccharin is safe for human consumption.

Note: It’s recommended that a 150-lb. person not have more than 8.5 packets of saccharin a day according to safety levels established for this sweetener.

Safety: The FDA reviewed 110 safety studies in approving the use of sucralose. Brand-new research found sucralose caused leukemia in mice.

Note: A small child who drinks more than 2-3 cans of sucralose-sweetened soda a day could exceed the Acceptable Daily Intake.

7. Sugar alcohols (erythritol, isomalt, lactitol, mannitol, sorbitol, xylitol, and others). Not sugar or alcohol, these sweeteners are reduced calorie, but not calorie-free. Found in ice creams, cookies, puddings, candies and chewing gum labeled “sugar-free” or “no sugar added.”

Today most sugar alcohols are made in a lab, but many exist in nature so they’re not technically considered “artificial” sweeteners. Most sugar alcohols have no FDA approval date because they are not regulated as food additives.

Safety: Safe, but may cause gastrointestinal distress if you consume too much.